Polar regions are the areas of a planet or any star that surround the geographic poles. On Earth, the North Pole and the South Pole are the centers of these regions, which are dominated by ice sheets that make up the polar ice caps, resting respectively on the Arctic Ocean and the Antarctic continent.

The polar ice caps are currently shrinking, possibly as a result of anthropogenic global warming North or the region from the North Pole to the treeline.

This includes two areas of the planet where extreme conditions prevail, with low temperatures, low precipitation, and large variations in daylight between different times of the year being three of the most characteristic features. This means that life is represented almost exclusively by animal forms and that the sea is an essential element for the survival of the latter. 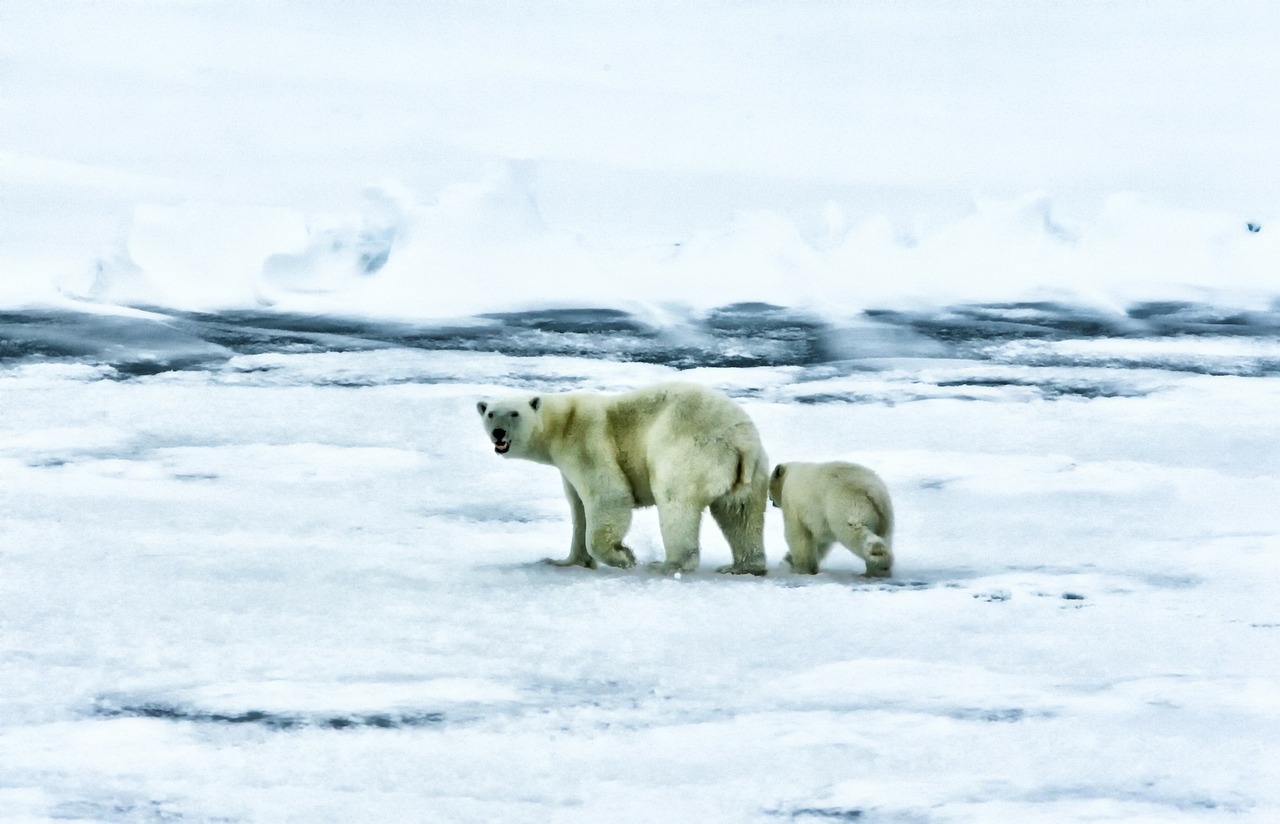 What are polar waters?

Polar waters are large masses of frozen water located at the geographic poles of the planet. Better known as Antarctica and Arctic.

These are regions covered by ice sheets that create the so-called polar ice caps, located on the Antarctic continent and the Arctic Ocean.

They are commonly known as the North Pole and the South Pole. They are regions of extreme, freezing temperatures.

In the so-called Northern Hemisphere of the Earth, the waters are covered with a gigantic mass of floating ice, far from many forms of life. In fact, there are no species of botanical plants.

The countries that have territory in icy regions of the Northern Hemisphere of the planet are the United States, with Alaska as part of this very cold region, as well as Canada, Greenland, Norway and Russia.

This variety of nationalities gives a cultural diversity of great contrasts to this hemisphere of the planet.

It encompasses the so-called South Pole. Although current conditions are also persistently icy and cold to freezing, in the past there was abundant wildlife

The region is dominated by the so-called Polar Antarctic Circle, where the cold waters of the Antarctic converge with the warmer sub-Antarctic waters.

Its shape is circular, not including the entire mountain range that takes over the Antarctic Ocean, an area called the Antarctic Peninsula, which runs about 970 kilometers towards the South Shetland and the Orkney Islands.

Did you know...?
It is surrounded by the waters of the Pacific, Indian and Atlantic oceans, where there is a very large marine domain.

This territory, also called the White Continent, has a total area of 13,900,000 square kilometers. And it is covered by a thick ice sheet with a height of 2,700 meters above sea level sea (masl) that has created an upper plateau, called the Polar Plateau.

It has two large biomes, one terrestrial and the other marine. And it is also divided into two regions: East Antarctica and West Antarctica. The first is the largest. The second is divided by four islands joined by a floating ice sheet.

Towards the south, one of the main characteristics is that the climate and bioenvironmental conditions allow the existence of entire settlements.

There are several scientific bases or stations there, such as the Esperanza and Marambio Base, located in the Antarctic region, Argentina.

What features do they have?

Among the characteristics that we can highlight of the Earth, poles are the following:

What fauna predominates in polar waters?

Animals of the Arctic region 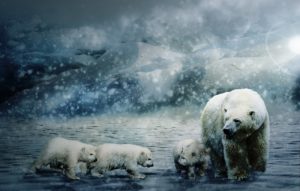 In the Arctic region, there are actually few species of animals that struggle to sustain themselves in this inhospitable habitat.

However, polar bears and the arctic are two of the region’s most iconic species.

Seals, penguins, sea lions, as well as many, many seabirds that are always on the hunt for any fish or other marine species, are characteristic.

Other animals that have successfully struggled to adapt and survive in this biome include Arctic hares, polar foxes, and the polar bear.

In the frank process of extinction, thanks to the advance of climate change and the progressive melting of the polar ice caps. Also, birds such as ptarmigan and mice likewise struggle in this difficult habitat.

The plankton is typical of these waters, attracting crowds of cetaceans ready to eat at any time. It also attracts large mammals such as seals, whales, and sea lions, as well as many species of fish.

It is also common for insects, such as tundra gnats, to approach in the summer, and some mammals from the Taiga biome migrate, such as squirrels, reindeer, wolves, and moose, as well as birds such as ducks and geese.

Groups of seals, leopard seals, elephant seals, and sea lions can be seen in this vast inhospitable territory.

Also, an abundant presence of cetaceans in the surrounding waters that surround this unique ecosystem.

Besides, crustaceans such as crabs, shrimp, krill, as well as a variety of mollusks such as squid, octopus, snails, starfish, sea urchins, cartilaginous and bony fish. Highlights include cod, lanternfish, and notothenioid.

The terrestrial life is much less numerous and active than marine life. It is reduced to the presence of watered or scattered lichens, as well as mosses that serve as sustenance for mites and some insects.

Seabirds abound as well. Among the swimmers, we have the penguin in various species such as yellow plume, emperor, king, Antarctic, etc… Among the flying birds are the gulls, cormorants, albatrosses, and petrels, among others.

And finally, the most outstanding marine mammals are dolphins and whales of species such as blue, humpback, humpback, boba, orcas, as well as cross and smooth dolphins, leopard and elephant seals, seals, and sea lions.

What flora is found in polar waters 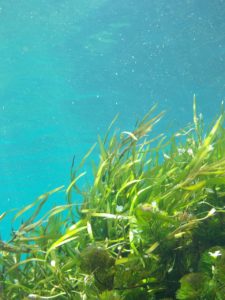 Lichens, mosses, and algae are the characteristic floral community in the Antarctic region, but they develop towards the coastal fringes, and in the summertime, they thaw, because nothing flourishes on the frozen surface.

There are no trees and there are about 300 plant species. Only these species of phanerogamous plants occur, the Antarctic grass and the Antarctic carnation.

In contrast, in the Arctic region, floral species adapted to icy climates thrive without major drawbacks. Summer is very prolific and lichens, mosses, and abundant cetaceans are seen desperately searching for food.

Did you know...?
This landscape is dominant in regions such as the United States, Canada, the rest of America, Asia, and Russia, but discontinuously, so the northern fringe will have unpopulated areas.

This is the tundra biome, where forests of willow and birch trees form in valleys that appear after strong polar winds. Towards the area of Greenland, also very cold, the vegetation does not exist.

What is the temperature of the polar waters?

Temperatures at the planet’s poles are very cold. The incidence of the sun’s rays on the earth’s surface is oblique, at an angle that extends over great distances.

This results in the North and South Poles receiving much less radiation than in other planetary regions.

The Polar regions are very cold.

Another phenomenon is that both the dense ice sheets covering the entire surface and the snow reflect the few solar rays that reach them, thus generating much more cooling.

The climate, consequently, is of polar type, with glaciations where scarce precipitation falls, but so that more and more ice forms.

Did you know...?
For example, the temperature in Antarctica has reached -89.2 °C, although the annual average reaches about -63 °C.

Another unparalleled feature is that the days are extremely long in the summer, with up to 24 hours of light or Midnight Sun, as this unique day length phenomenon is also called, as well as prolonged darkness in the winter.

Precipitation is scarce, poor in Antarctica, considered a desert, so the annual average barely reaches about 200 mm towards the coast and lower inland.

The exploitation of natural resources in polar waters

Man has always known how to take advantage of the bounties of nature, and the terrestrial poles are no exception. Some regions are privileged in certain energy resources in Alaska and Mackenzie, where oil has been exploited for quite some time.

On the Canadian side, there are very productive coal mines in the Kolima Estuary and even gold is available in Siberia.

Fishing is a long-standing commercial activity, supported by large whale and cod hunting, which has helped a profitable fishing industry flourish, and which is repudiated by the world’s conservationists.

The planet's largest coal mantle is found in the so-called Transantarctic Mountains of the South Pole, and there are also considerable iron reserves in the Prince Charles Mountains, off the coast of East Antarctica.

Also, the soils are rich in chromium, gold, antimony, uranium, molybdenum, and oil, but the fragility of the ecosystem prevailing has prevented their massive exploitation.

The Arctic polar region can be divided into three large blocks: the European block, which includes the lands of Norway and Russia; the Asian block, to which the Russian Far East belongs; and the American block, with the Danish and Canadian lands.

The European polar lands, very rich in mineral resources and especially coal, are divided into: