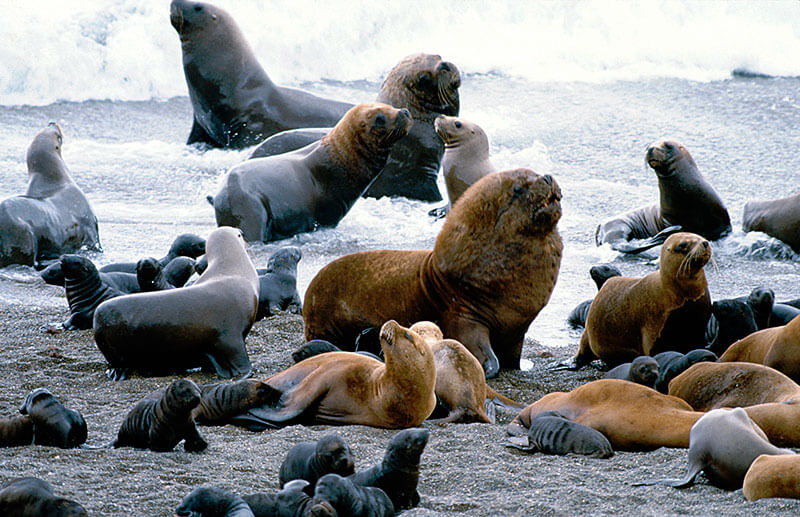 Biodiversity is a term coined in 1986 that comes from the combination of the words “biological diversity”. It understood as the variety of life that exists in our ecosystems.

Forests, seas, oceans, mountains, and any scenario where species develop are full of life. Here develop their lives all kinds of animals, insects, amphibians, plants, and some other microorganisms that we do not perceive. This set of elements interact with each other and creates a delicate ecological balance known as biodiversity.

Through biodiversity, the planet provides the necessary conditions to sustain life and, in turn, to create diverse forms of life. Based on this principle, species interact with the surrounding ecosystem to develop their existence.

This process generates an endless cycle where growth and natural evolution are reciprocal, and where life generates, in turn, more life.

The Earth Summit, held by the United Nations in Rio de Janeiro in 1992, recognized the global need to preserve the future of biodiversity with human progress.

According to the sustainability criteria promulgated in the International Convention on Biological Diversity, adopted in Nairobi on May 22, 1994, a date declare International Biodiversity Day by the UN General Assembly. 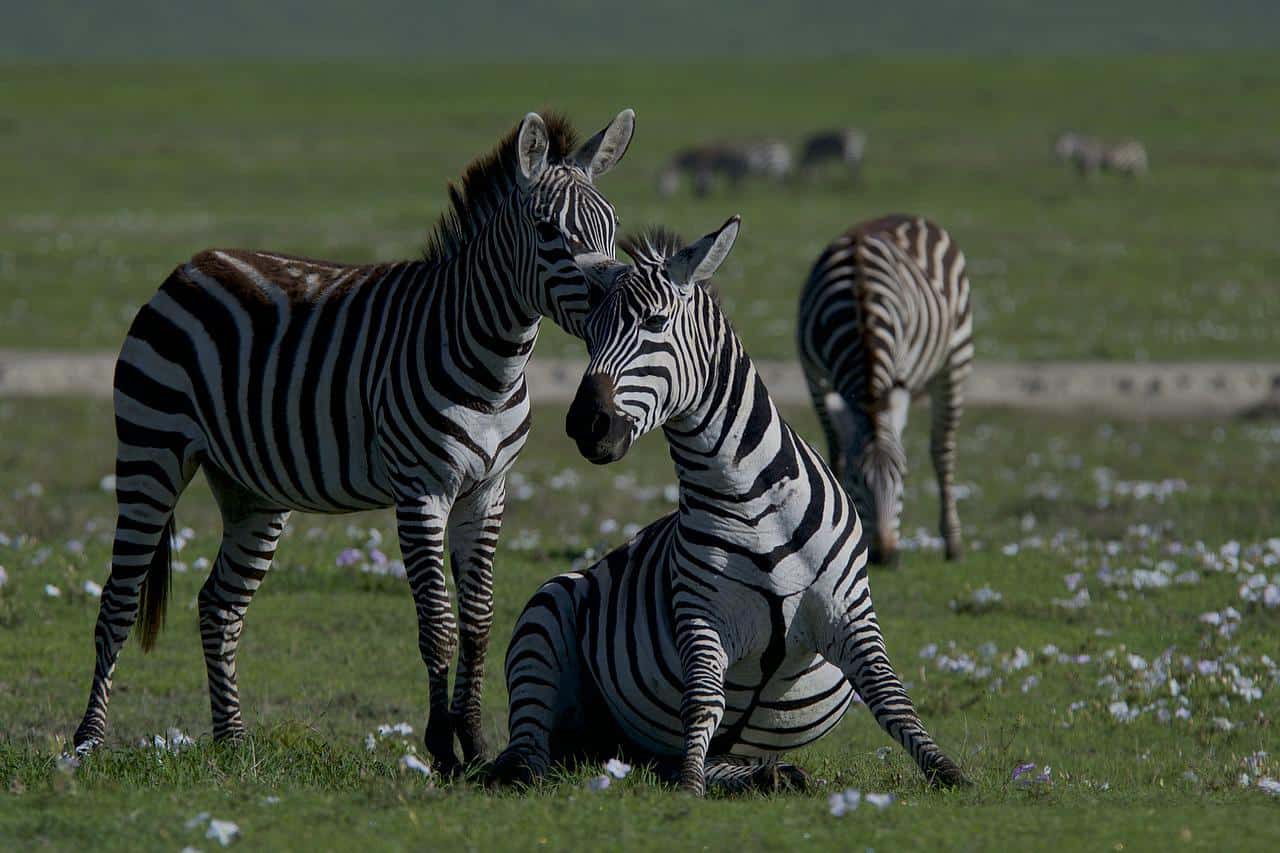 What are the types of biodiversity? 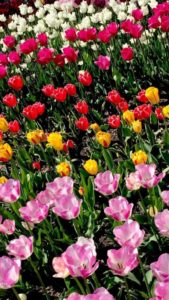 Biodiversity refers to the quantity, variety, and variability of living beings, of living organisms that make up the biosphere, which includes all terrestrial, aquatic, and marine ecosystems that integrate all the areas where the miracle of life is tangible.

Biodiversity is so the set of all living beings and their interactions at each of the different levels of ecological organization.

Conserving the biodiversity of living beings is an enormous challenge facing mankind today in the midst of climate change.

Climate change has become the worst planetary threat because it introduces irreversible changes in ecosystems, to the point that the Earth itself is under the ironclad threat of extinction.

To speak of biodiversity is to speak of variability, of a precious source of natural wealth that we must protect and promote for the well-being of all of us who live on planet Earth.

All living species organize into 5 major kingdoms: bacteria, protists, fungi, animals, and plants, on a more specific scale there are also several types of biodiversity.

Biodiversity or biological diversity divide into three major levels, ranging from the most specific to the most general. Thus, we have: 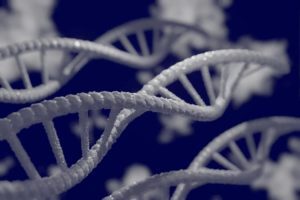 Studies analyze all the variations that are present in the genes of diverse populations of living beings, to get information related to the hereditary material that transmits from one individual to another.

Thus, the so-called evolution of species study, their genetic load, the genetic code that distinguishes them and makes, for example, that male lions have a mane, that giraffes have a very long neck and that zebras exhibit stripes on their bodies. 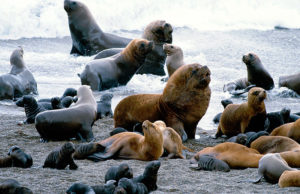 It keeps a close relationship with the biodiversity of species, with the wonderful variety of living beings that mined all the corners of the Earth.

Species become the basic unit of classification, study, and grouping of all organisms that belong to a series of common biological characteristics, which descend from a common ancestor and reproduce among themselves to multiply and leave an inheritance, an offspring that perpetuates them.

This diversity of species relates to successive evolutionary processes of no little complexity that have been happening throughout the history of the planet.
.

Species evolution has been so prolific that the scientific community estimates that there are between 12 and 100 million species of plants alone.

Many endemic or native species inhabiting the tropical regions of the globe, considered the areas of the greatest biodiversity, have yet to discover, described, and classified.

It covers the study of all the interrelationships that occur between the different organisms that make up ecosystems, from an ecological point of view.

In this sense, specialists in the area have created three subtypes of ecosystem biodiversity. Let’s see what they are.

It relates to the prevailing biodiversity in an area, in a given geographical area, in an ecosystem where the number of species living together known. Sand includes the different groups of organisms that inhabit that ecosystem, recognized according to their taxonomic family and genus.

The study of the different ecological relationships existing between all the species that make up a given ecosystem in relation to another, and to itself in relation to its environmental gradients linked. Beta diversity.

With this analysis, scholars can establish the number of species that make up ecosystems that may undergo environmental change.

It bases its study on the description derived from the observation at the macro level of the richness, of the variety of species grouped or integrated into several ecosystems.

Yet, biodiversity is more threatened than ever by global warming due to climate change.

Promoted by the industrial activities developed by human beings, thanks to overexploitation of non-renewable natural resources such as oil, coal, and natural gas, which have put in check all forms of life on the planet.

Thus, when we speak of biodiversity loss, whether accelerated or massive, it encompasses the three types of diversity we reviewed earlier: genetic, species, and ecosystem.

None saved from the threat of extinction, from the total disappearance of its species, because of the high level of pollution of the seas, soils, water, and the atmosphere, with all sorts of toxins derived from human activities that, if not reduced to their smallest expression, will wipe out billions of species.

Did you know...?
Of the 47,000 species assessed, around 36% are considered to be under threat of extinction, with serious impacts on ecosystems affected, which may lose functions as species that constitute links in food chains drop.
.

In other words, this means that with the extinction of some species, the extinction of many others, including humans, is put at risk. Such is the unfortunate recent case of the gigantic fires that ravaged the Australian continent during the past year 2019.

A true tragedy, where around 3 billion animals, including many endemic species of mammals, reptiles, birds, and amphibians, according to estimates made by the World Wildlife Fund (WWF) published in the report “Damage to Wildlife.”.

About 143 million mammals were killed in these mega-fires generated by climate change, thanks to temperatures above 40 °C. 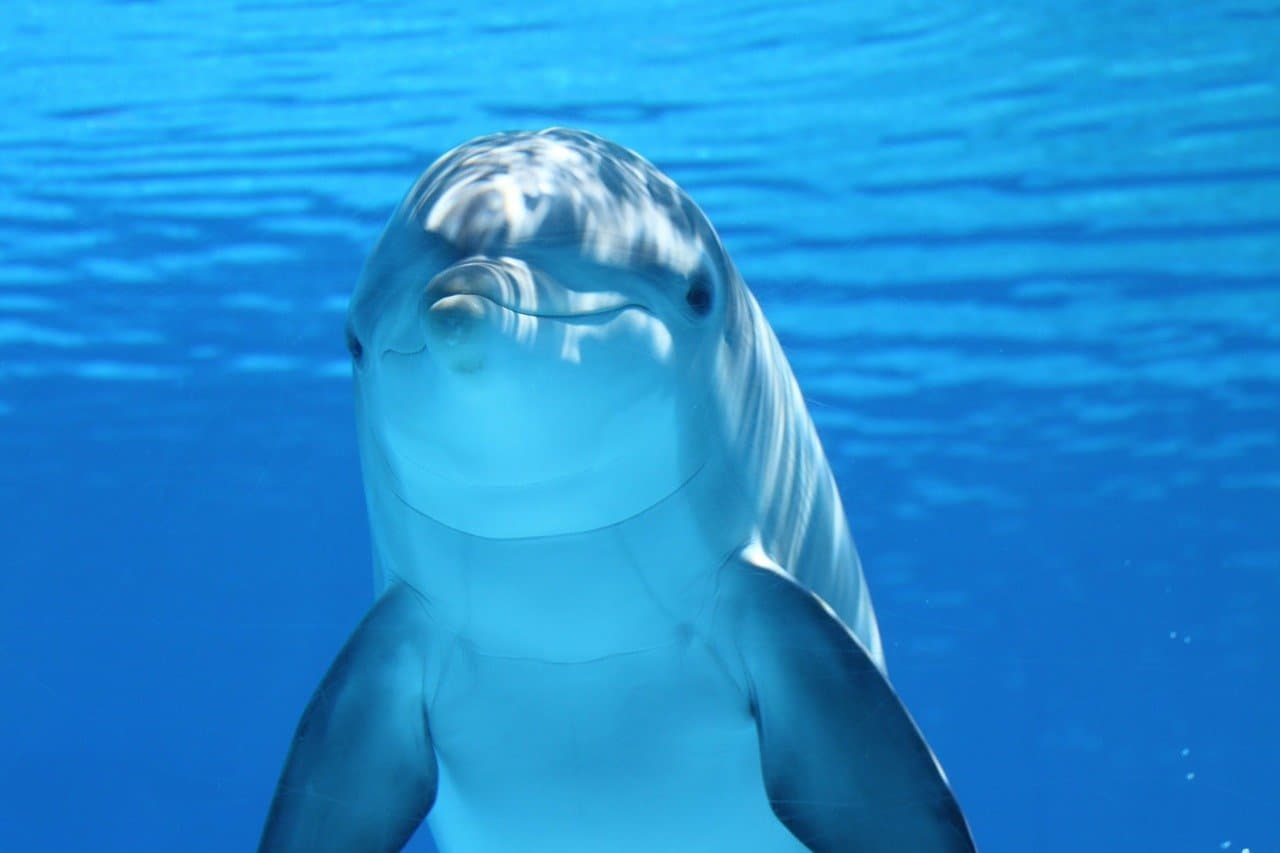 another 2.46 billion reptiles, 180 million birds, and 51 million amphibians also perished in this unparalleled tragedy, which also displaced millions of animals in an area of endemic fauna with 300 native species, such as kangaroos, koalas, monochromes, among other exotic species under permanent threat such as platypuses and echidna.

What do these ecosystems provide?

Ecosystems provide and ensure many of the basic “services” for our survival. Throughout history, biodiversity has contributed in many ways to the development of human culture, and represents a potential source for meeting future needs. It is possible to group them into three categories:

Refers to the role of biological diversity from a systemic and functional point of view. As they are indispensable for our survival, many of these functions are often called “services”.

The elements that constitute the biological diversity of an area are the natural regulators of energy and matter flows. They play an important role in stabilizing land and coastal zones. Even with the development of agriculture and the domestication of animals, biological diversity is indispensable for maintaining the proper functioning of agro-ecosystems, as it ensures soil fertility, natural pollination of various domestic species, effective pest control, etc. 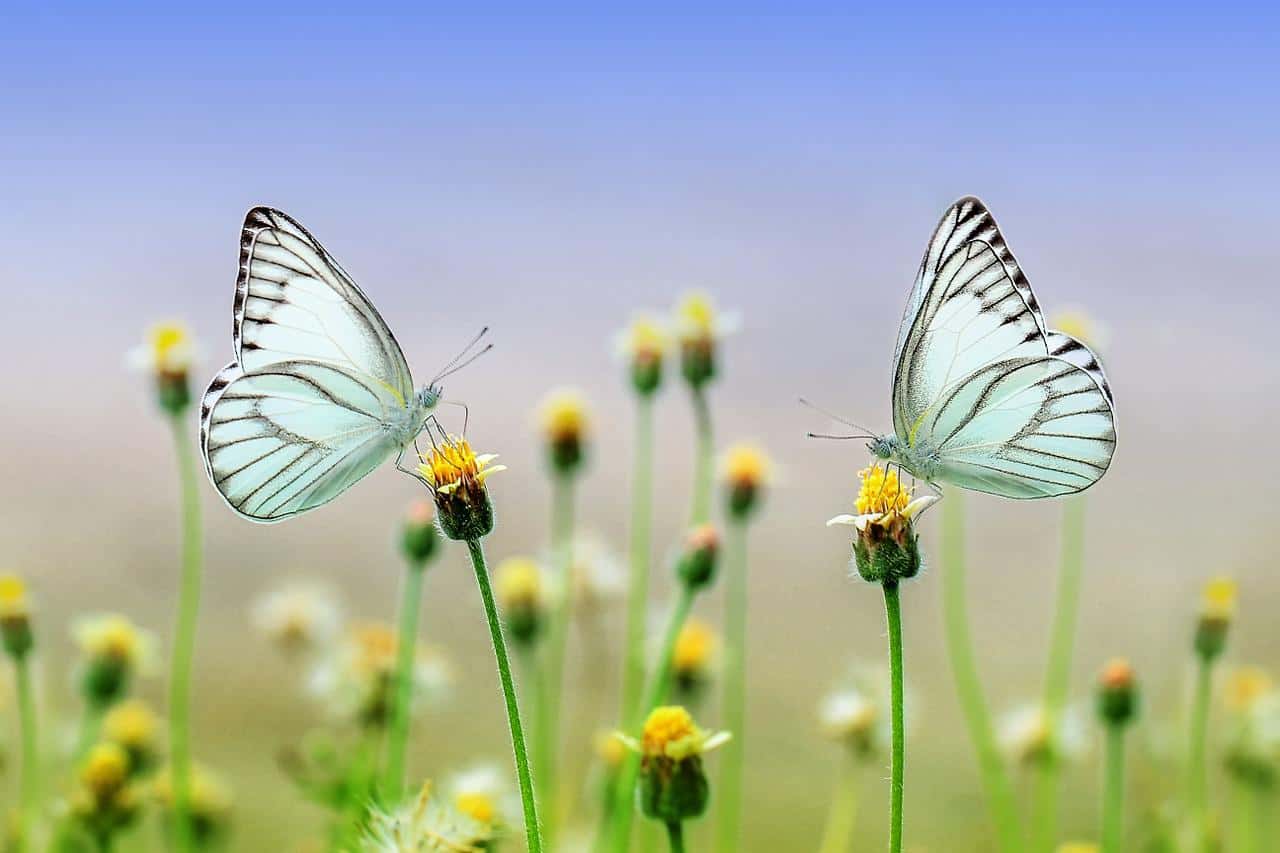 In addition, a more diverse ecosystem can better withstand environmental stress and is, therefore, more productive.

The loss of a species is likely to decrease the ability of the system to maintain itself or recover from damage or disturbance. Like a species with high genetic diversity, a highly biodiverse ecosystem may have a better chance of adapting to environmental change. In other words: the more species an ecosystem comprises, the more likely the ecosystem is to be stable and resilient.

Greater biodiversity enables an ecosystem to better resist major environmental changes, making it less vulnerable, and more resilient in that the state of the system depends on the interrelationships between species and the disappearance of any one species is less crucial to the stability of the whole than in less diverse ecosystems more marked by dominance.

For all humans, biodiversity is the primary resource for daily life. Humans need it for the manufacture of food, pharmaceuticals, and cosmetics. This concept of biological resources explains most of the fears of resource depletion. However, it is also the source of new conflicts over the division and appropriation of natural resources. 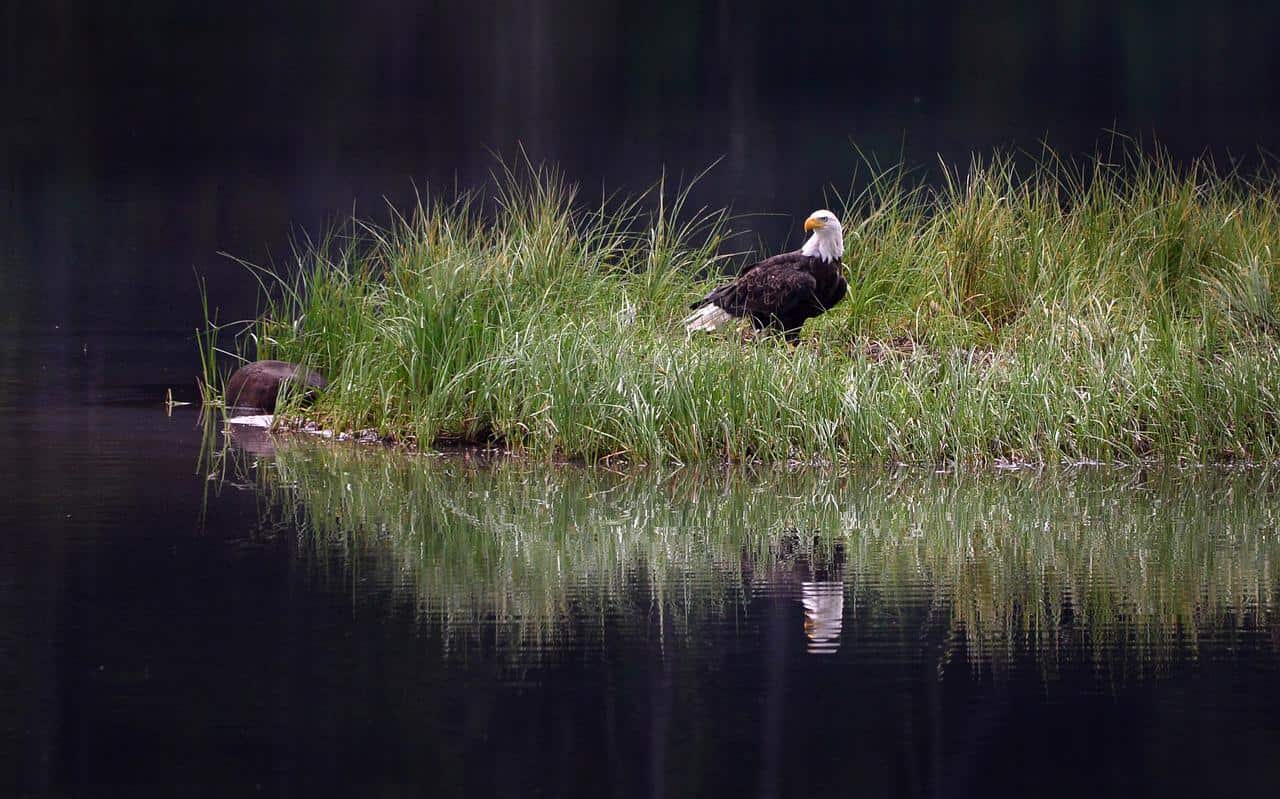 Some of the important economic items that biodiversity provides to humankind are linked to food with which through livestock and agriculture humans can feed themselves; health, and throughout history, the human species has used remedies to improve its physical condition; industry because there are many elements that are rescued from the subsoil, water or forests and that have allowed men to evolve to the present day, time in which we continue to exploit the different ecosystems, and even tourism since biodiversity is a claim for thousands of people who come to enjoy nature and the outdoors.

Biodiversity is important as each species can give a clue to scientists about the evolution of life. In addition, biodiversity helps science to understand how the life process works and the role that each species plays in ecosystems.

Why is biodiversity important? 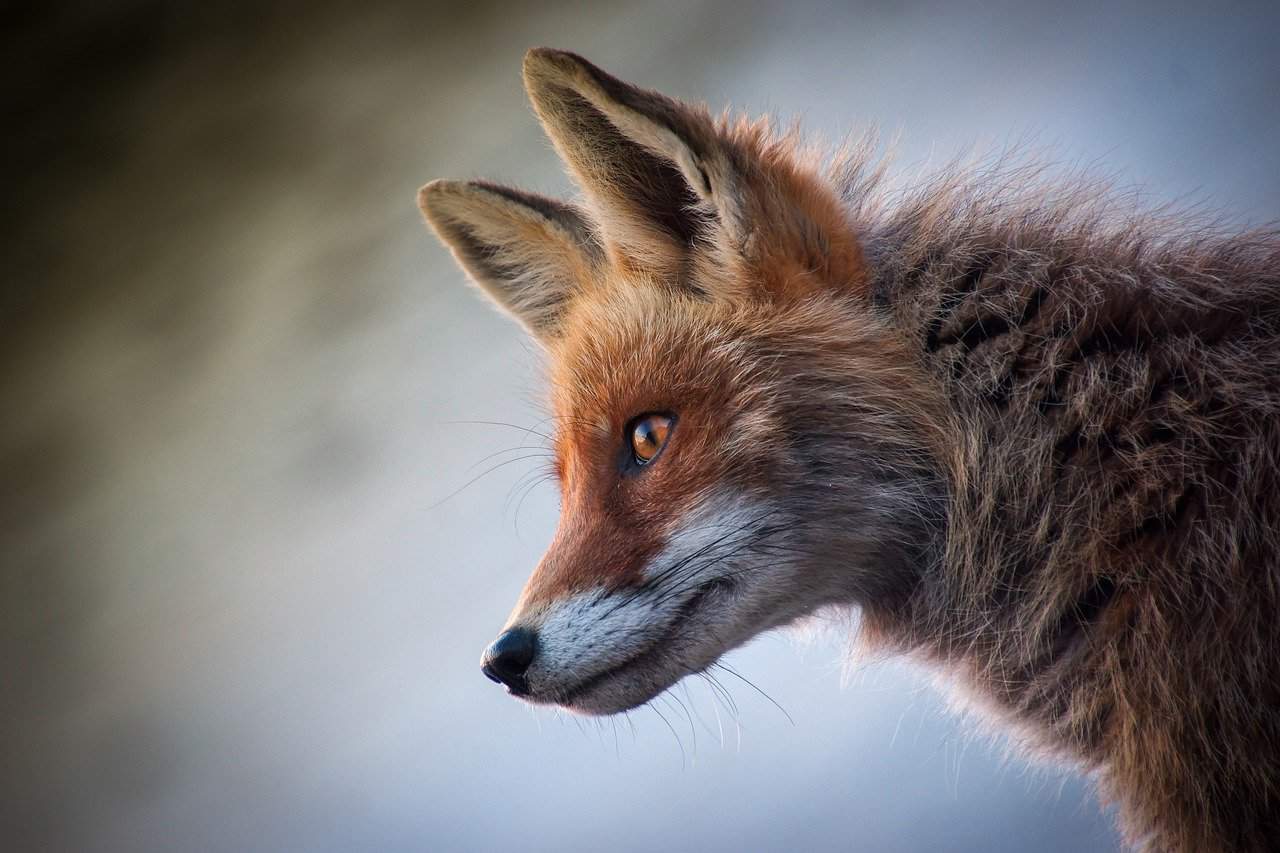 We must keep in mind that biodiversity is a strategic resource for humans and an essential element for the planet. Biodiversity could be considered the backbone of the planet. Therefore, if biodiversity loss continues at the current rate, it will be impossible to sustain life on the planet.

Biodiversity provides us with countless benefits on a daily basis, although many of them go completely unnoticed:

The great threat to biodiversity

During the last 50 years, the loss of biodiversity has accelerated as a result of external factors, among which the following stand out: human activities to biodiversity, pollution, global warming, and climate change.

Humans have always taken advantage of natural resources to ensure their survival. However, during the last century, the excessive use of the planet’s resources has caused the loss of hundreds of ecosystems, as well as the alteration or extinction of the existing biodiversity.