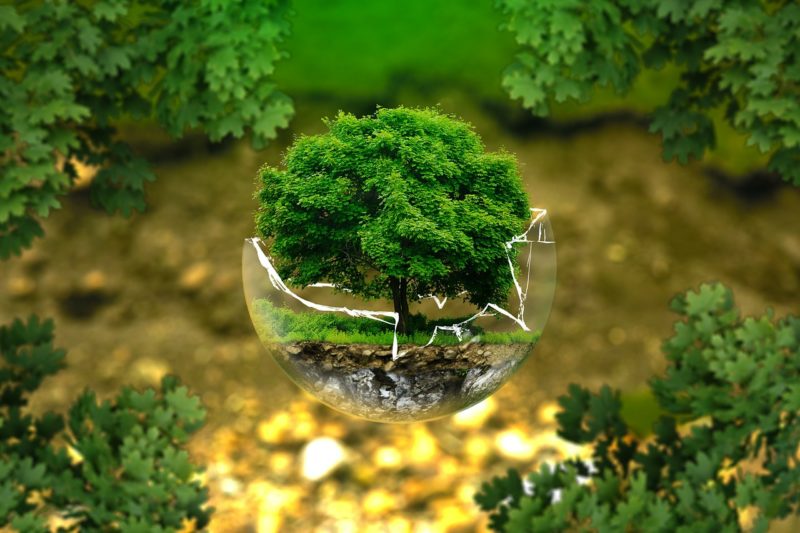 A biogeochemical cycle (from the Greek bio, ‘life’, geo, ‘earth’ and chemistry12) is the movement of nitrogen, oxygen, hydrogen, sulfur, phosphorus, potassium, carbon, and other elements between living things and the environment (atmosphere, biomass, and aquatic systems) through a series of processes and decomposition of soil production.

In the biosphere, organic matter is limited, so its recycling is a key point in the maintenance of life on Earth; otherwise, nutrients would be depleted and life would disappear.

What are biogeochemical cycles?

Its etymological origin, coming from Greece, gives concrete clues about this somewhat complicated concept to assimilate.

In this way, a connection is established between biological or living elements essential for the miracle of life to occur, between the Earth and the atmosphere, with the non-living or natural chemical elements. 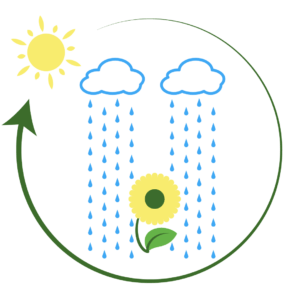 This connection translates into a series of cyclic movements that allow energy to flow constantly in the ecosystems.

Another simpler definition states that biogeochemical cycles are a chain of processes where there is a constant circulation of inorganic matter between living organisms and the environment.

It is a form of constant recycling of existing materials on Earth, which operates in the wise nature as follows: when a living being dies, the elements or substances produced during the decomposition process it undergoes will be used by new organisms, thus ensuring the continuity of life on the planet. 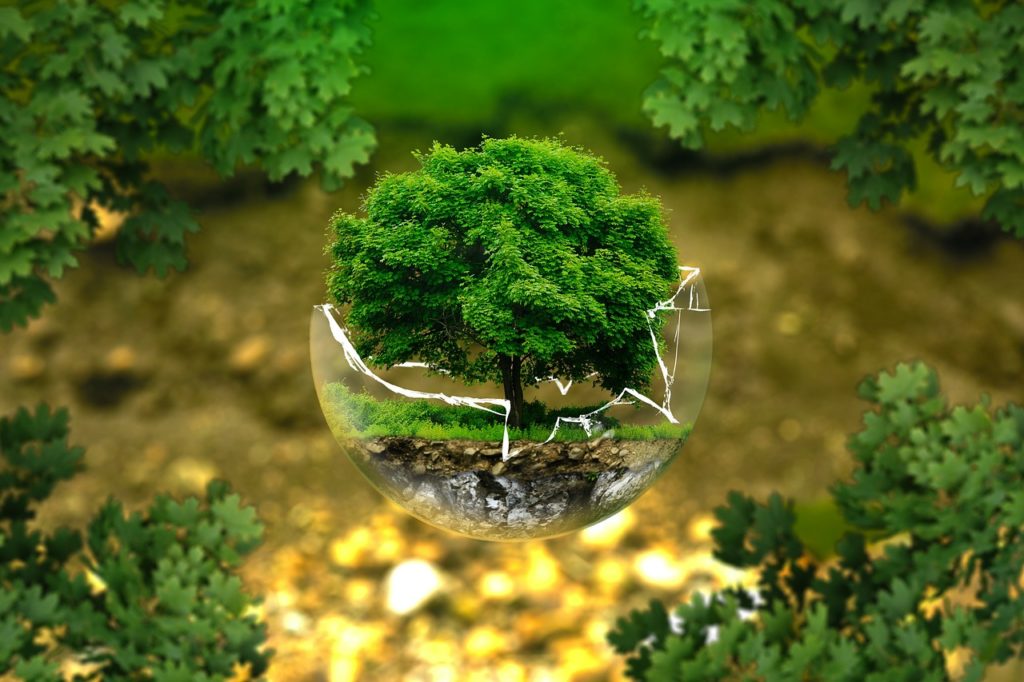 Similarly,  plants are able to absorb carbon dioxide  with the aim of releasing oxygen for life.

But plants, in turn, extract nutrients from the sediments formed after the death of other plants and animals that did the same thing before to survive. In this way,  there is constantly an energy reserve available  again and again for the production of breathable air for all living things.

When ocean water evaporates, it then condenses in the form of clouds and then precipitates as rain that again returns water to Earth, in a perfect cycle that benefits all living things on the planet.

Energy flows, but the matter is recycled

Energy flows directionally through the Earth’s ecosystems; it generally enters the form of sunlight and leaves in the form of heat. However, the chemical components that make living things are different: they are recycled.

What does this mean? For one thing, the atoms in your body are not brand new. On the contrary, they have been recycling through the biosphere for a long, long time, and have been part of many non-living organisms and compounds along the way.

You may or may not believe in reincarnation as a spiritual concept, but there is no doubt that the atoms in your body have been part of a lot of living and non-living things over the years!

What types are there? (With description) 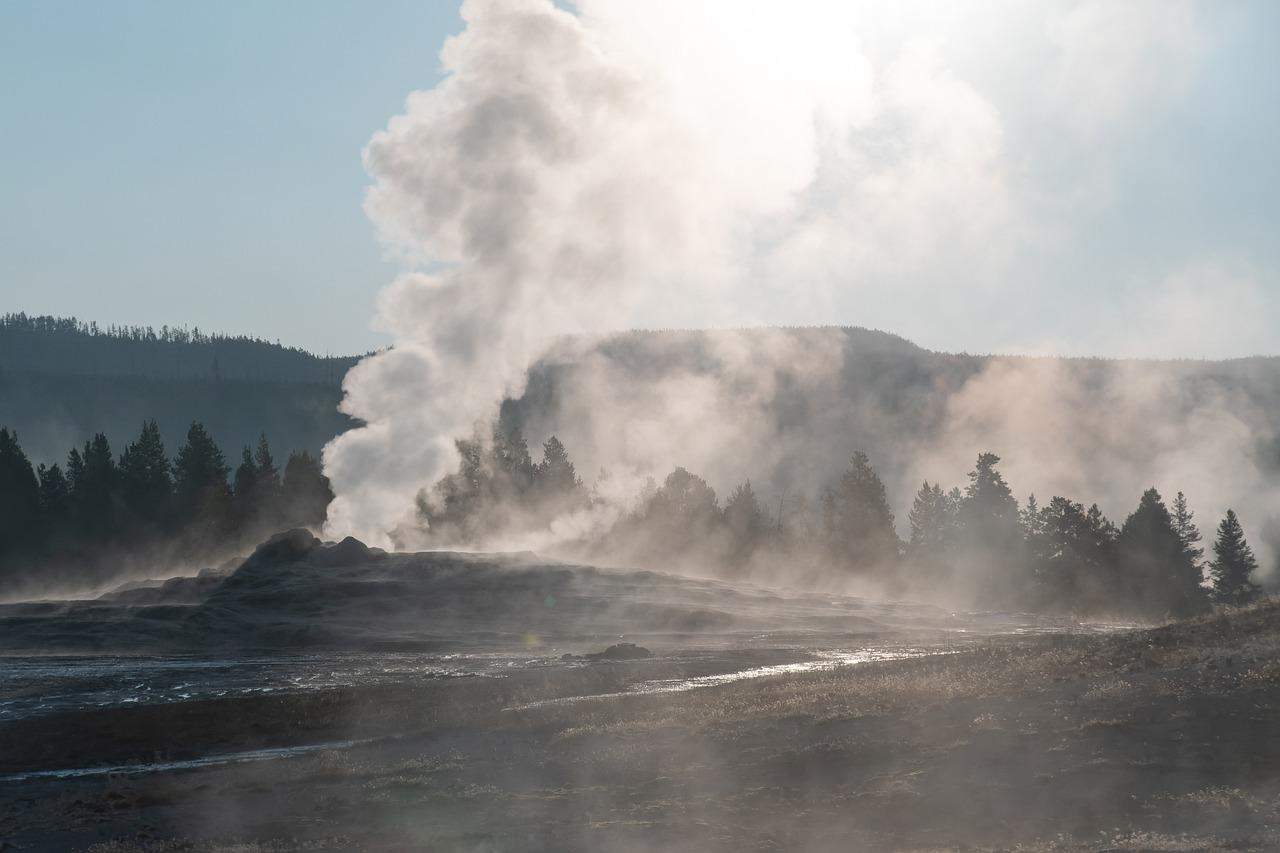 The gaseous biogeochemical cycle exists in the atmosphere  or in the oceans when evaporation occurs.

These, in turn, are subdivided into:

They operate a series of processes that allow water to circulate and transform on Earth, changing state according to the process involved. It can change from vapor to liquid and from liquid to solid.

These  properties facilitate life on the planet. . 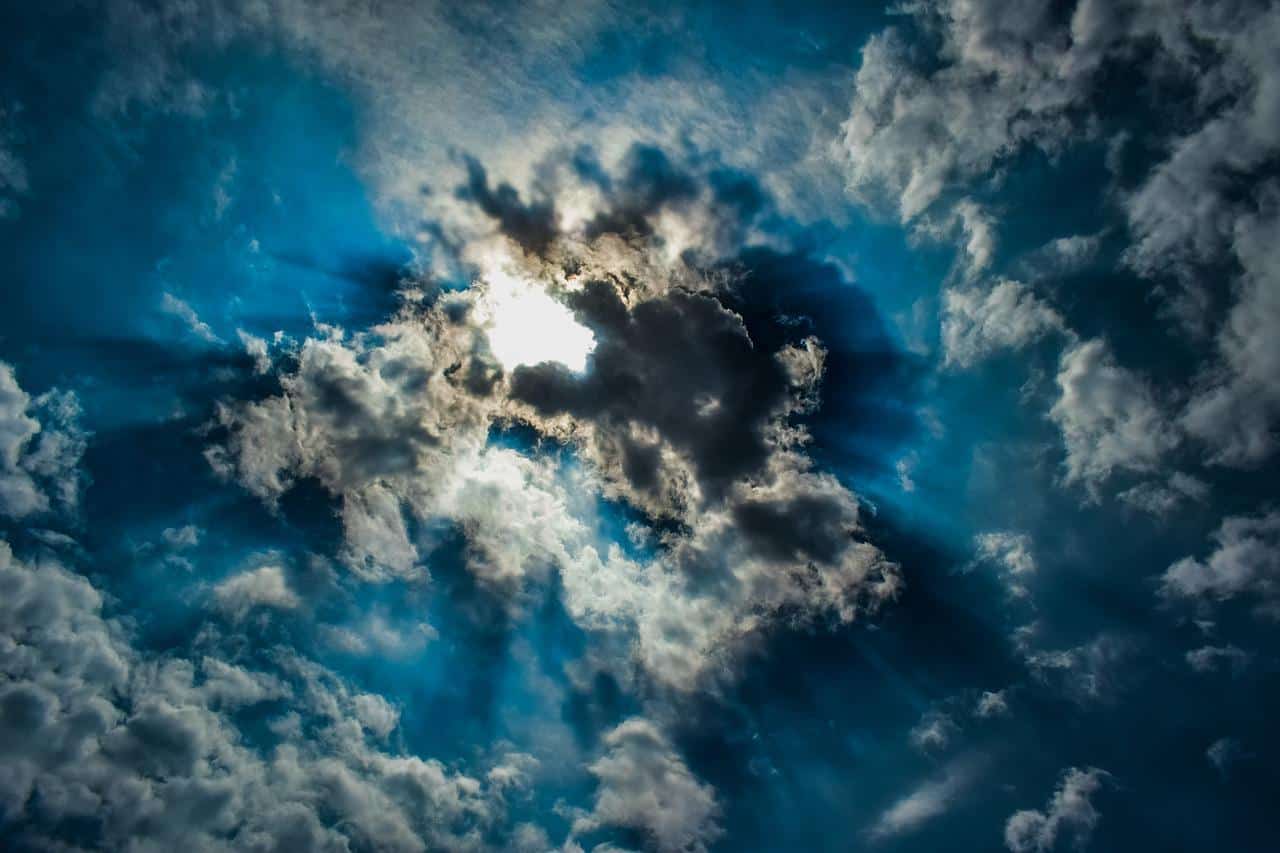 It is a vital element for life that goes through a series of processes and reactions that  allow it to circulate in the Earth’s atmosphere .

It is absorbed and released by living beings, with the help of different complex chemical processes.

In its gaseous state, oxygen (O2) and carbon gas (CO2)  it is used in its respiratory processes by both plants and animals.

And along with humans, we use and recycle it constantly in the act of breathing, to live fully. 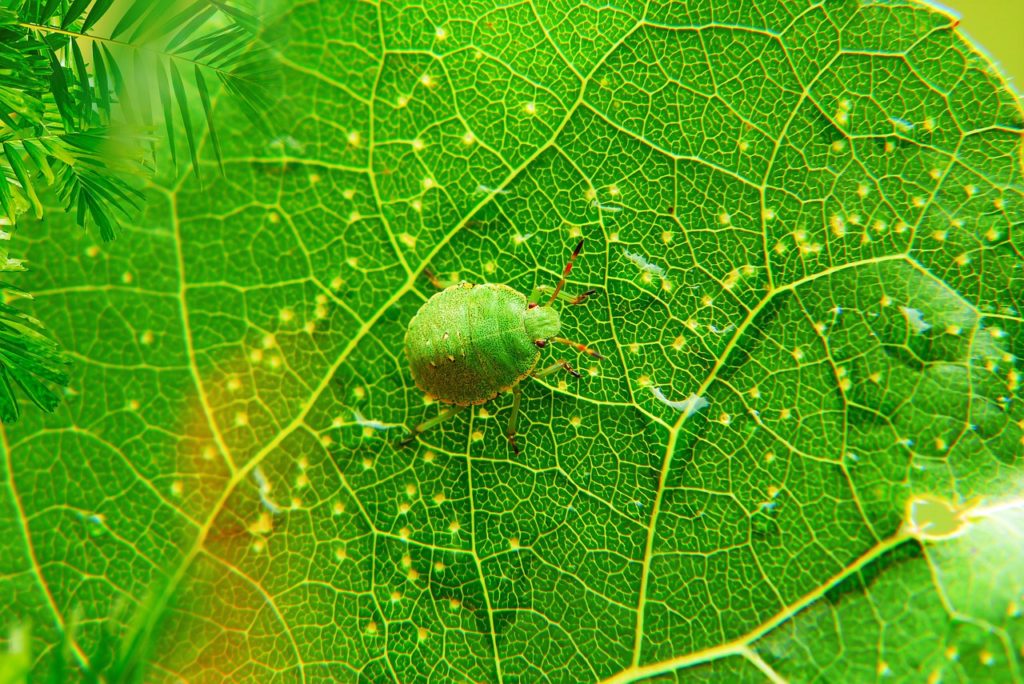 This element, in its gaseous state, is also supplied to living beings through a cycle considered abiotic and biological, so that  they absorb it from water, air, or soil. .

Likewise, carbon is present in the atmosphere, covers the oceans, and expands on land, fulfilling  another vital cycle for living things. .

The second type of cycles is called  reservoir-based sedimentary biogeochemical. .

It is explained because each natural reservoir has a nutrient cycle integrated by an abiotic part or portion and another group called exchange so that the interrelationship between the two occurs. 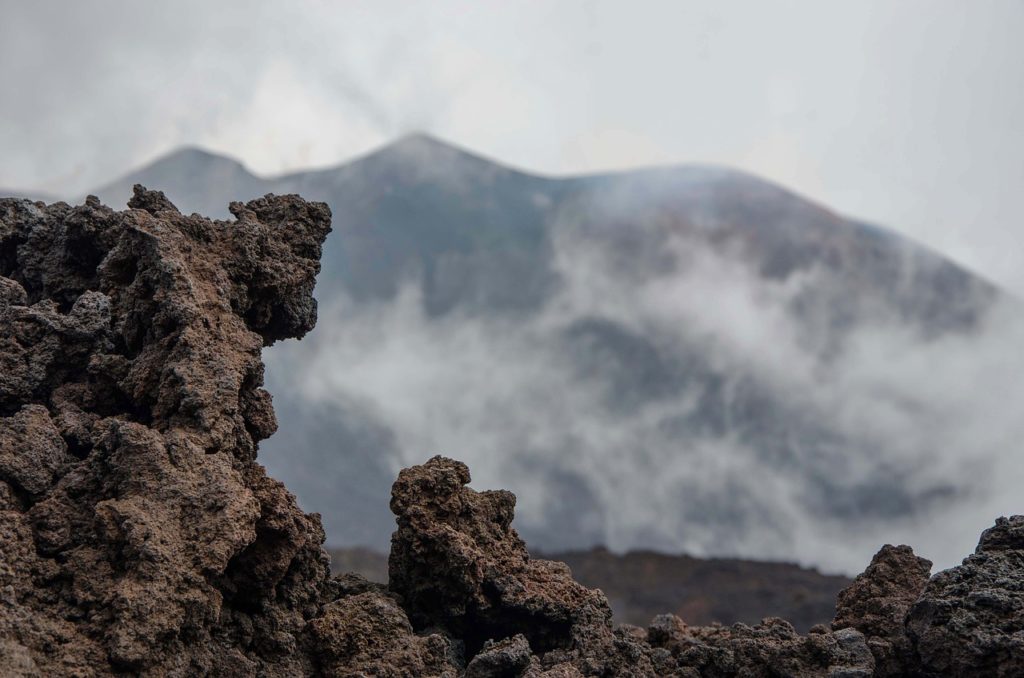 The earth’s crust is the great reservoir of these types of biogeochemical cycles.

This includes  components of chemical origin present in the earth  such as: iron, sulfur, and calcium, among others. And the gaseous cycles, which are circulating rapidly, form a great atmospheric reserve that does not run out.

This element must go through different processes of  natural oxidation to combine with oxygen. .

Although it is not believed, that sulfur is introduced into food to reach primary consumers. In the atmosphere, it is present as sulfur dioxide and produces acid rain when sulfuric acid is formed and falls to earth.

It circulates mainly in soils and water,  but in a slow, very sedimentary form. It allows the growth of ecosystems, mainly aquatic ecosystems.

How do biogeochemical cycles occur? 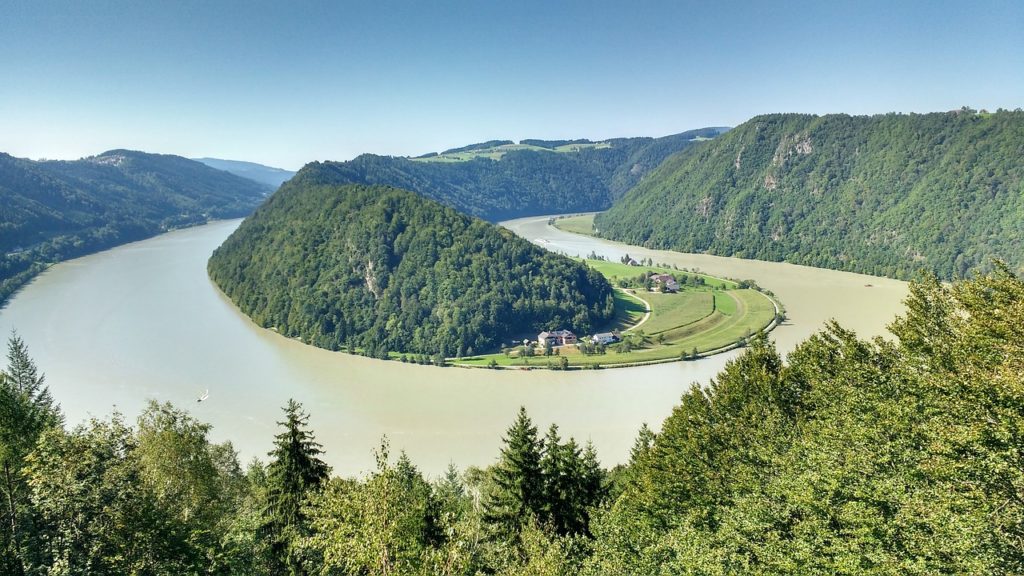 They occur when a chemical can move or circulate through all the biotic vicissitudes or labyrinths housed in the biosphere and the abiotic ones, spread between the lithosphere, the atmosphere, and the hydrosphere of the Earth.

All the nutrients they use, such as   oxygen, nitrogen, phosphorus, carbon, and sulfur, among others, are integrated with a closed system where they are never lost, they are always recirculating and replenishing themselves.

Ecosystems, all of them nestled in many biogeochemical cycles integrated into perfect communion, forming part of living beings and circulating among those abiotic factors indispensable for everything to work again and again in favor of life on the planet.

So we have that chemical elements such as calcium, carbon, hydrogen, nitrogen, mercury, oxygen, phosphorus, selenium, and sulfur have their biogeochemical cycle very well determined.

There are also so-called molecular cycles for water and silica. The rock cycle, on the other hand, operates with so-called macroscopic cycles.

Why are biogeochemical cycles fundamental to life? 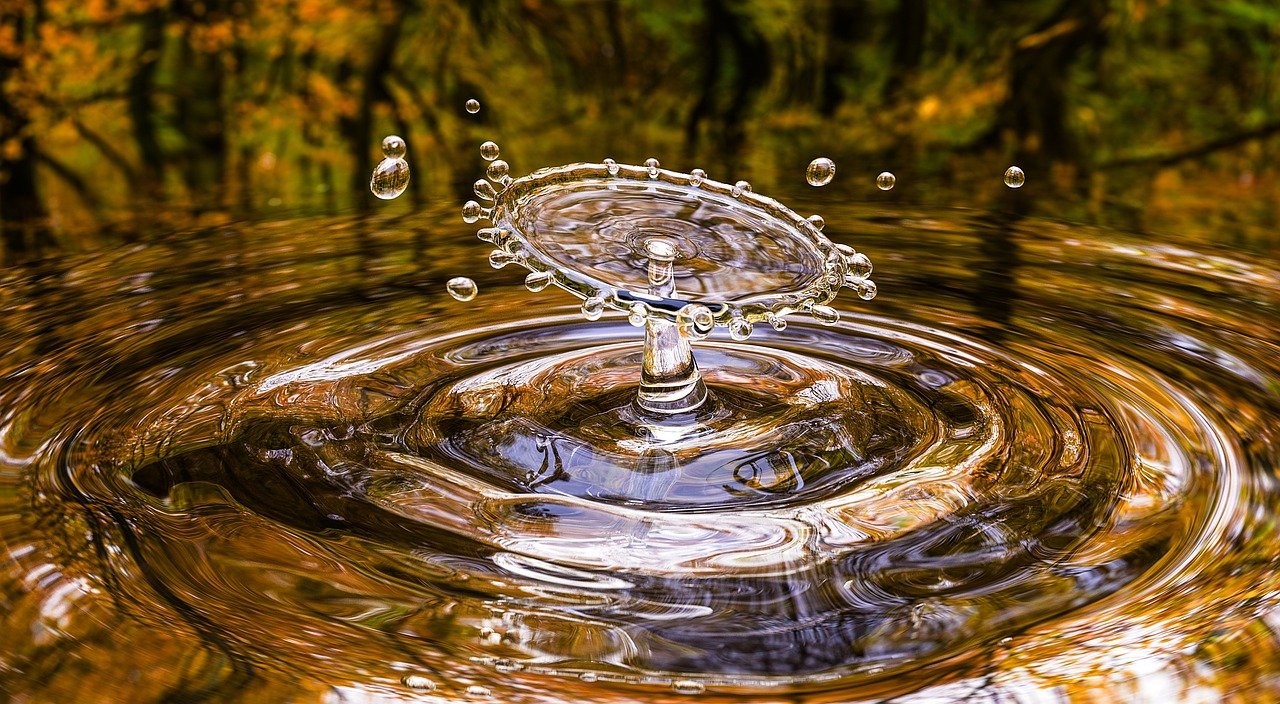 Water, which contains hydrogen and oxygen, is essential for living things – that puts the water cycle very high on the list of cycles that interest us!

The hydrosphere, the set of places where water can be found as it cycles through the Earth, is large and diverse. Water occurs as a liquid at and below the Earth’s surface, as ice in the ice caps and glaciers, and as water vapor in the atmosphere. For more information on how water moves between these forms, check out the article on the water cycle.

Water makes up more than half of our bodies, but humans cannot live on water alone. Other essential elements keep our bodies functioning and are part of biogeochemical cycles:

These cycles do not occur in isolation, and the water cycle is a particularly important driver of the other biogeochemical cycles.

For example:
The movement of water is essential for the leaching of nitrogen and phosphates into rivers, lakes, and oceans. The ocean is also an important reservoir of carbon.

Although each element or compound has its pathway, all of these essential chemical nutrients circulate through the biosphere, moving between the biotic (living) and abiotic (non-living) worlds, and from one living thing to another.

What is their relationship to energy and matter?

Energy always flows in ecosystems openly, in a system where the sun constantly supplies the energy needed by the planet in the form of light, which is either used or lost in the form of heat, through all the links of the tropical levels of the food web.

All the time, the matter is circulating through the ecosystems, going from the environment to the living beings and vice versa.

In this way, living beings will be able to apprehend chemical elements according to their physiological needs, with different chemical transformations occurring in organisms.

Processes of weathering, erosion, movement of waters, and tectonic plates make up the geological component of these biogeochemical cycles. 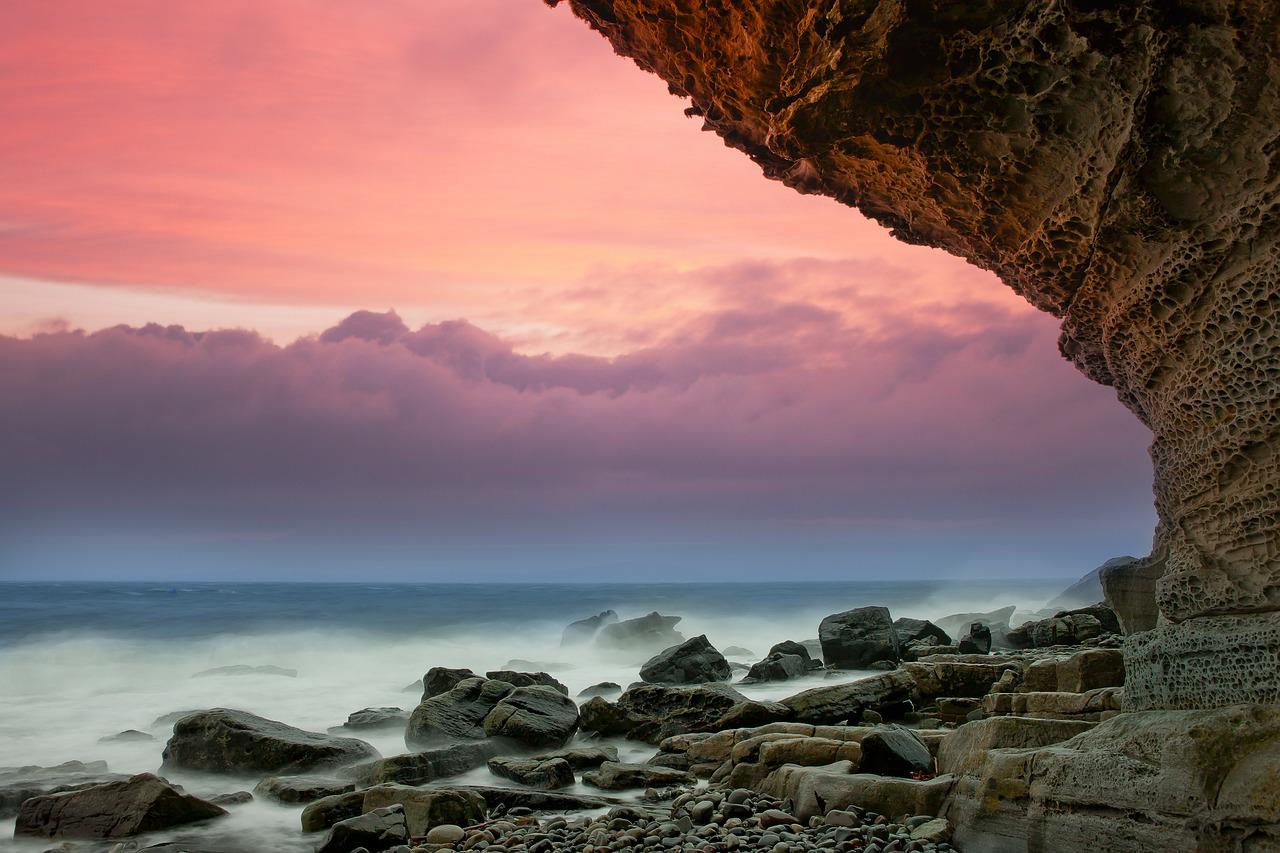 All these elements  are equally vital in oceans, atmosphere and earth’s crust. .

In other words, the matter that constitutes living things is always conserved and recycled thanks to interconnected biogeochemical cycles and powered by solar energy, through a process of carbon fixation operating in photosynthesis executed by plants.

For example:
The water cycle, for example, plays a stellar role in the dissolution and transport of nitrogen and phosphorus in rivers, lakes and oceans. The latter is the largest carbon reservoir on the planet.

To make it easier to understand: carbon, for example, is used to produce carbohydrates, proteins, and fats, the sources of energy in food.

When these compounds are oxidized they then release carbon dioxide which the plants will know how to use to produce organic-type compounds. This whole process is powered by solar energy.

From start to finish.

When sunlight does not reach the deep sea, ecosystems use sulfur as an energy source.

Sulfur is an element that can always be recycled, and its energy can  be released thanks to processes such as oxidation  and reduction of its sulfur compounds.

In summary, the biogeochemical cycles that occur in nature represent the miracle of life on Earth. They are involved in vital processes for all living beings, plants, animals, and humans, which bring great benefits that are repeated over and over again.