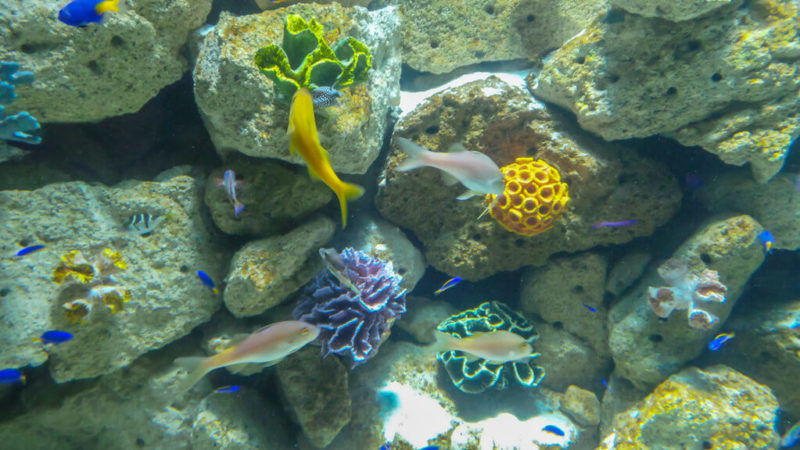 Marine life, life in the sea or ocean life, is made up of the plants, animals, and other organisms that live in the saltwater of the seas and oceans, or the brackish water of coastal estuaries. At a fundamental level, marine life helps determine the very nature of our planet.

Marine organisms produce much of the oxygen we breathe.

Coasts are partly shaped and protected by marine life, and some marine organisms even help create new land.

Most life forms initially evolved in marine habitats. By volume, the oceans provide approximately 90% of the planet’s habitable surface area.1 The first vertebrates appeared in the form of fish, which live exclusively in water. Some of these evolved into amphibians who spend parts of their lives on water and land. 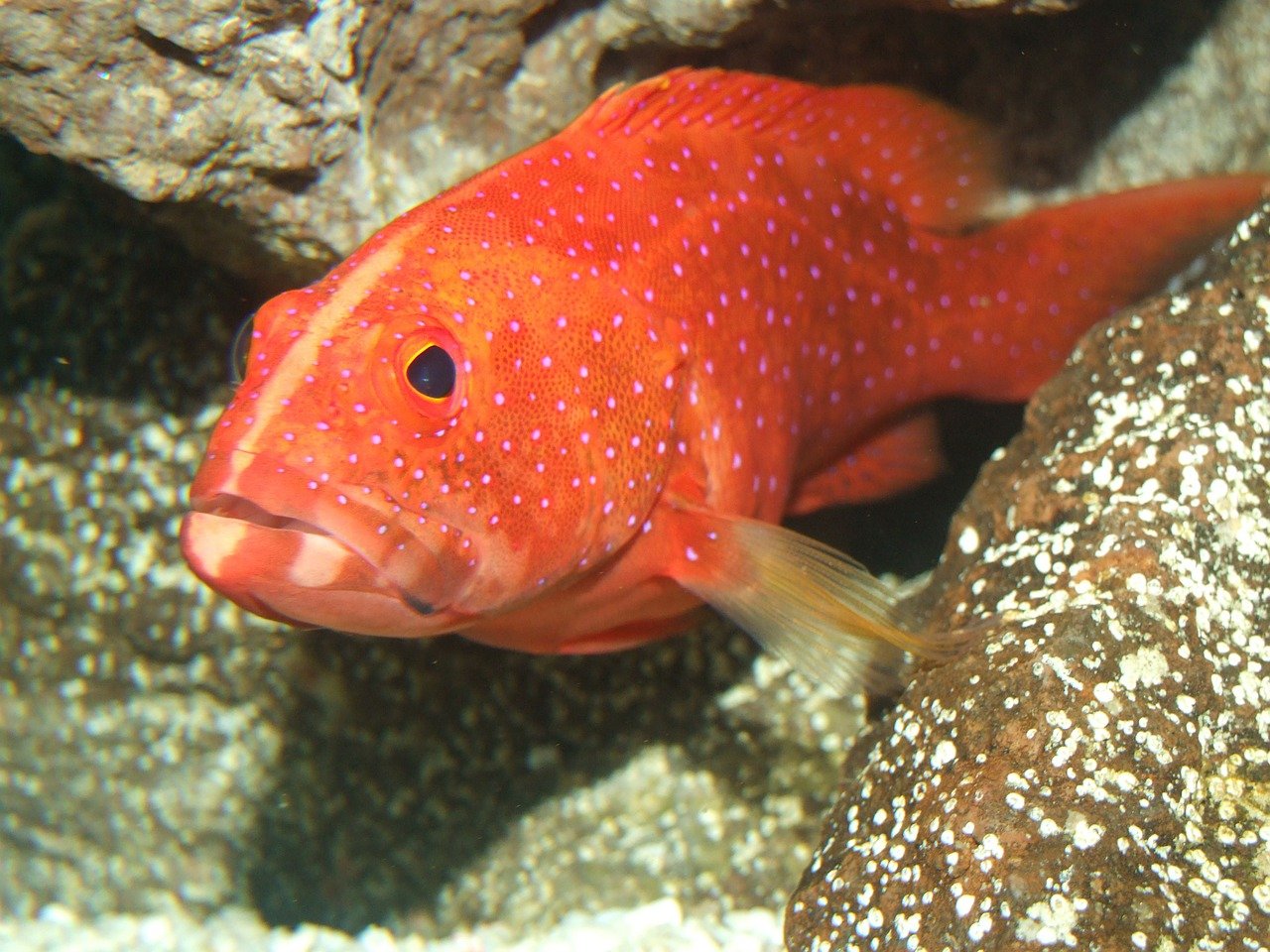 Other fish evolved into land mammals and later returned to the ocean as seals, dolphins, or whales.

Plants such as seaweeds and algae grow in the water and are the basis of some underwater ecosystems. Plankton, and particularly phytoplankton, are key primary producers that form the overall basis of the oceanic food chain.

Marine vertebrates need oxygen to survive, and they obtain it in a variety of ways.

Fish have gills instead of lungs, although some fish species, such as the lungfish, have both. Marine mammals such as dolphins, whales, otters, and seals need to surface periodically to breathe air.

Some amphibians can absorb oxygen through their skin. Invertebrates exhibit a wide range of modifications to survive in poorly oxygenated waters, including breathing tubes (see siphons of insects and mollusks) and gills (Carcinus). However, as invertebrate life evolved in an aquatic habitat, most have little or no specialization for respiration in water.

In total, there are 230 000 documented marine species, including more than 16 000 species of fish, and it has been estimated that nearly two million marine species have yet to be documented.2 Marine species range in size from microscopic, which include plankton and phytoplankton that can be as small as 0.02 micrometers, to large cetaceans (whales, dolphins, and porpoises) that in the case of the blue whale reach up to 33 m in length, being the largest animal.

What is marine biodiversity? 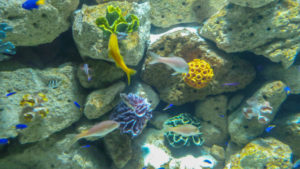 It also refers to the great genetic diversity of species, which makes possible multiple and marvelous forms of life.

The term biodiversity, as coined by the International Convention on Biological Diversity, encompasses all the diversity of species, of living beings that have been populating the Earth in its evolutionary evolution for millions of years, according to natural processes and the increasing intervention of man.

When we talk about marine biodiversity we refer then to all the flora and fauna that make up the ecosystems formed over some four billion years of evolution of the Earth, which began in the seas.

Where is the marine ecosystem found? 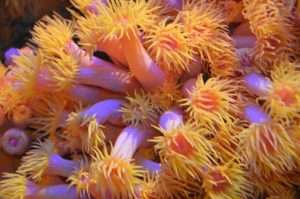 The marine world is made up of ecosystems of a varied number of plant and animal species that interact harmoniously in environments very high in salt content in the water.

These ecosystems cover 70% of the planetary surface, mostly composed of water.

A marine ecosystem, therefore, is far from resembling terrestrial ecosystems. They have a different biological diversity, in structure and functioning.

What are marine organisms?

In the marine environment, the high density of saltwater ensures the so-called suspended life, which runs with low energy expenditure.

And the water has a much greater capacity to absorb energy, a characteristic that gives it greater stability than the terrestrial environment, because the temperature remains constant, to the point that the Earth’s seas and oceans are responsible for maintaining the global temperature because they control the climate of the Earth’s surface at the coastal level.

In addition, the water at sea is much denser than air, no less than 830 times, and gravity affects marine organisms differently.

This allows for an abundance of fascinating living organisms such as plankton and nekton and enables many life forms to thrive in that huge mass of water that occupies 70% of the planetary surface.

The plankton groups all aquatic organisms that, although not capable of swimming, are mobilized thanks to the whim of aquatic currents. The word plankton comes from the Greek word meaning “wanderer” or “wandering”. 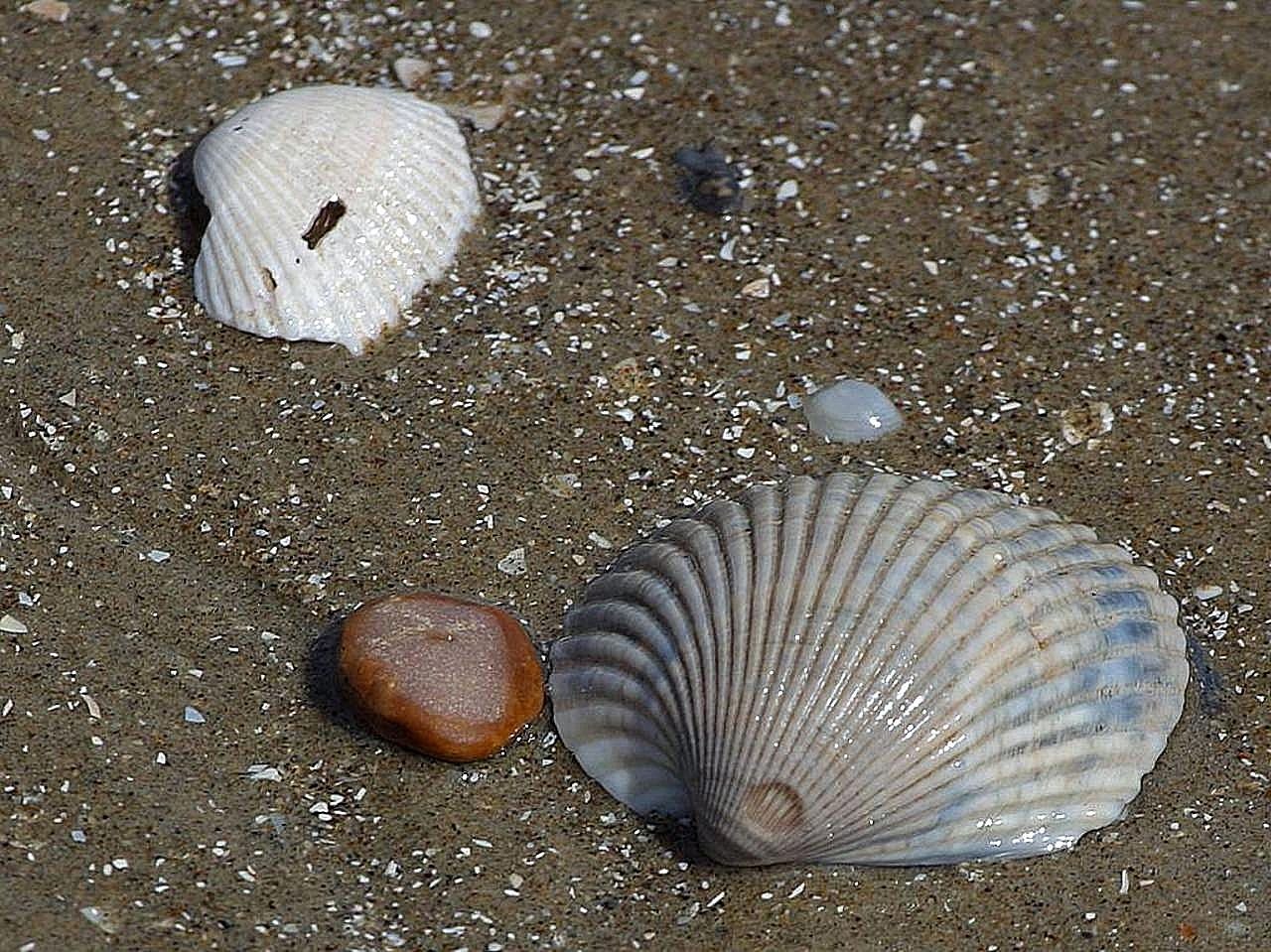 Did you know?
These organisms, imperceptible to the naked eye, share their pelagic life (they are always near the surface) with the nekton, which includes all those organisms capable of swimming and opposing the marine currents such as fish, turtles, cetaceans, cephalopods, among others.

The water also carries a large amount of food, in the form of organic particles and thousands of dissolved nutrients that have also allowed many marine animals to spending their lives attached to the substrate, which is known as sessile life.

However, the majority population of living things is maintained in the most superficial layers of seas and oceans, above 1,000 meters, where most of the marine biomass is concentrated.

Marine ecosystems also abound with sessile animals such as sponges, bryozoans, ascidians, phoronids, and endproducts. There are others called cnidarians, which have some free-living species, but for the most part, they are also sessile.

Similarly, there are groups of motile animals such as mollusks and annelids, with many species capable of living permanently, literally glued to the substrate because they are filter-feeding.

In fact, many species are benthic, that is, they live associated with the seafloor and a large population, estimated at 70%, has one or more planktonic larval stages.

This allows them to have a remarkable dispersal capacity that depends largely on the period that these organisms or living beings spend in the plankton.

What is the percentage of marine life on planet Earth? 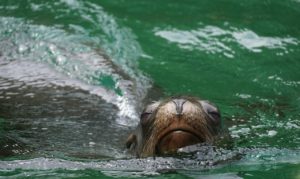 All marine organisms contribute to the production of much of the oxygen we breathe and some are even instrumental in the creation of new territories.

Coastlines also arise from, depend on, and are protected by marine life. But how many species live in the world’s seas and oceans?

To give an exact figure is almost impossible, but the scientific community estimates that there are almost one million species living in the world’s oceans, after billions of years of evolution.

In 2010, the largest Marine Census ever recorded on the planet was released in London, where 2,600 scientists from 80 countries participated, covering from the coldest to the warmest waters of the globe.

Over the 10-year duration of the study, the scientists were able to keep track of scores of marine creatures, following their migration habits, populations, and reproductive mechanisms.

Large mollusks and bacteria hitherto unknown were discovered, but also a veritable sturgeon park in the Pacific Ocean alone, the largest marine reservoir on the planet.

In this study, it was estimated that there are about one million marine species, although only about 250,000 have been described by the scientific literature. 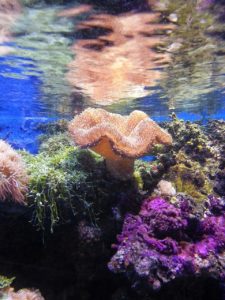 In addition, the scientific community believes there are about one billion marine microbes and valuable information was collected about 16,764 species of fish that had not been discovered before, as well as another 5,000 species that had not even been seen before.

Another scientific calculation was made with the participation of about 270 taxonomists, experts in the classification of species sponsored by the Consejo Superior de Investigaciones Científicas (CSIC) that were published in the journal Current Biology.

Thus, according to the study that has managed to bring together the largest number of taxonomists so far gathered, considers that marine species are around an estimated universe between 704,000 to 972,000.

But of this estimated universe, only about 230,000 species have been classified with correct names and descriptions, including about 1,217 different names of the order of cetaceans, including whales and dolphins, among others, with only 87 species.

Most of them correspond to species of animals.

Which is the most species-rich ocean?

The scientific community has also been able to establish that the waters richest in marine life are found around Australia and Japan, but the largest population is that of crustaceans, which make up one-fifth of all marine life.

This information has also been confirmed by the Marine Census released in 2010.

What are the benefits of the marine ecosystem? 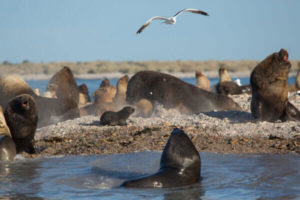 One of the fundamental benefits for life on Earth comes precisely from the seas and oceans because from these waters emerges half of the oxygen necessary for breathing of every living being, but also provide us with many foods.

Another vital function of the seas is to regulate the climate of the entire world.

And it is a secure source of planetary biodiversity, the guarantor of well-being and balance in the biosphere, thus ensuring the survival of living beings, especially humans, who take advantage of the full potential of the variety of species that dominate the marine spaces, as well as the terrestrial ones.

What are the causes and consequences of the loss of marine biodiversity in the world? 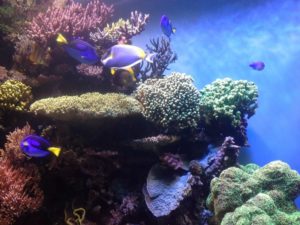 One of the direst impacts of Climate change caused by human industrial and agricultural activities has a direct impact on the planet’s marine habitat, caused by the acidification of the oceans as a result of nitrogenous waste and sediment discharges.

This, evidently, has violated the great marine biodiversity. Let’s take a look at some of the most important causes associated with this phenomenon that endangers the very life of the planet.

According to the list of endangered species published year after year by the International Union for Conservation of Nature (IUCN), 17% of marine species such as rays, sharks, and chimeras, analyzed in a universe of 3,000 varieties, are under threat.

Also, overfishing of grouper reaches 13% and 6 types of sea turtle species are threatened because their eggs disappear, due to habitat alteration, accidental and specific catches, and predation.

Another major high-impact damage is being suffered by corals because more than a quarter of coral reefs are threatened, i.e. about 845 different species, due to acidification of waters and rising sea temperatures, as well as the enormous anthropogenic pressure exerted by urban developments in coastal regions, which produce coral extraction, severe pollution from illegal waste discharges and sedimentation.

In this group, it has been quantified that 25% of the species are under threat of death, of total extinction, thanks to factors such as:

Climate change and its effects on marine waters 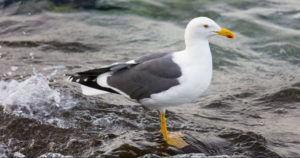 The intensive hunting is undertaken by man and entanglement of gear during fishing activities. Water pollution and acoustic pollution, as well as loss of the littoral zone.

Reduction of food available for the different marine species. Loss of natural habitat, of these wonderful marine animals, as is happening with polar bears, due to the melting of the poles caused by global warming resulting from climate change.

There is still time to face our responsibility in the marine and terrestrial ecological disaster generated thanks to highly polluting activities developed by man around the world, especially the industrialized one.

There is increasing evidence of the accelerated loss of biodiversity of species living on Earth, especially during the 20th century, with a rate of approximately 200 extinctions per day, a criminal outrage that far exceeds any other time in the history of humanity.

What should we do to take care of the sea and marine life?

There are several decisive actions we can take to reduce our individual carbon footprint, truly simple measures that would greatly help combat the effects of climate change on the planet’s marine and terrestrial ecosystems if practiced on a regular basis.

The following tips are effective, even more so if adopted with religious devotion. Let’s see.