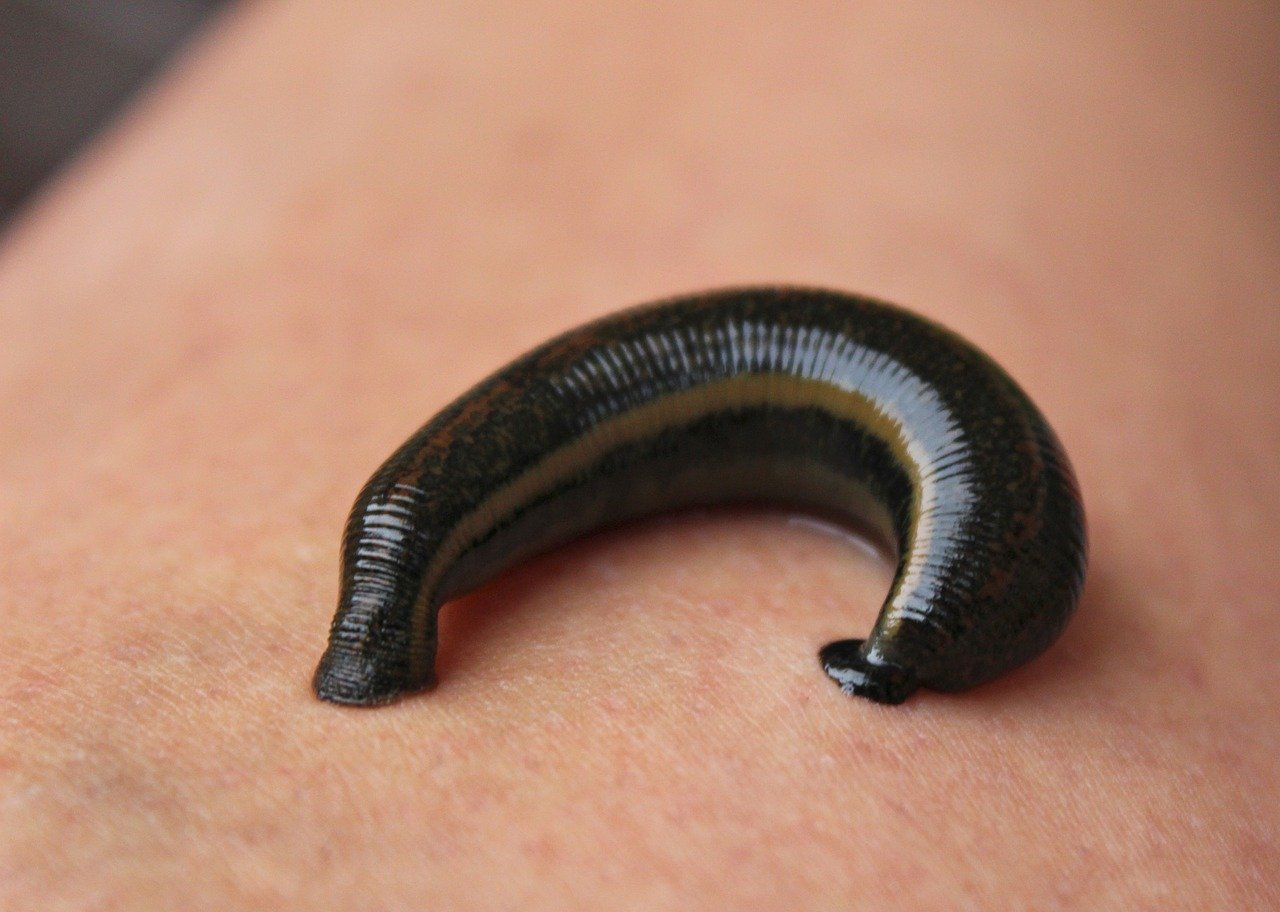 One of the three types of respiration possessed by many animals around the world is cutaneous respiration. This occurs through the skin and takes place mainly in insects, fish, amphibians, reptiles such as turtles and sea snakes, and in some mammals, the latter being the rarest case.

What is cutaneous or skin respiration?

Cutaneous respiration is a type of respiration that takes place through the skin in certain groups of animals.

In these animals, the skin is quite special, because, in order to allow oxygen and carbon dioxide to diffuse through it, the skin must always be kept minimally moist. Another feature is that their skin is highly vascularized in its inner layers to facilitate this process.

Happy #WetlandWednesday! #DYK Wetlands are home to plants & animals with unusual adaptations. #Mangroves have aerial roots to deal with waterlogged soils, while mudskippers can breathe through their skin during low tides. #NatureIsAwesome @RamsarConv pic.twitter.com/ooSwR8Peq6

Cutaneous respiration is especially important in amphibians and soft shell turtles, which have mucous glands that help them conserve skin moisture.

Some amphibians have folds in their skin that help them increase their respiratory rate. Amphibians are animals that have up to three forms of respiration, depending on their life stage and level of activity. These are pulmonary respiration, respiration through a mouth lining (mostly in the resting state), and cutaneous respiration (responsible for taking in 90% of the oxygen they need).

Most animals that use this type of respiration also have lungs or gills that give them an alternate surface to allow respiratory exchange and complement respiration through the skin. In fact, only salamanders survive exclusively with cutaneous respiration.

Why do animals exist that breathe through their skin? 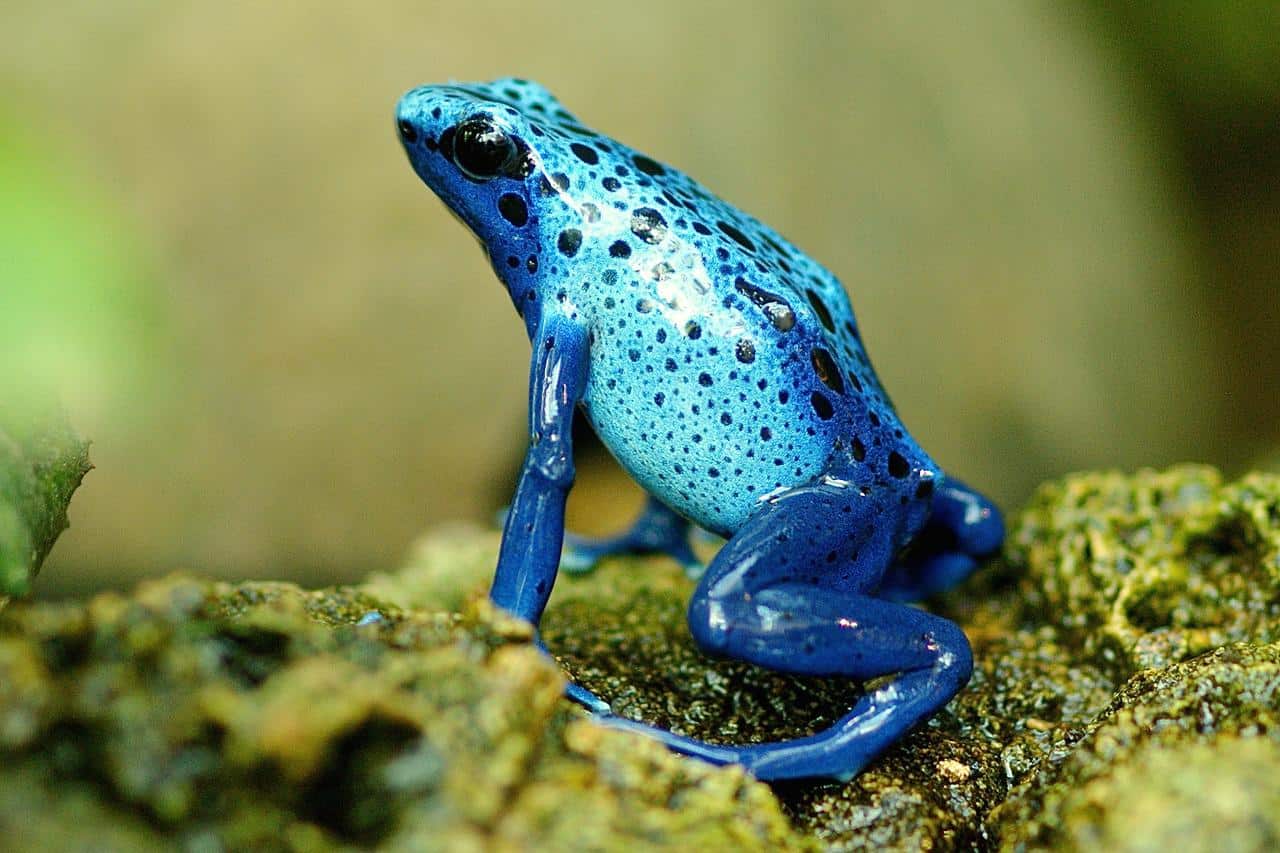 Respiration is the process in living things by which oxygen is obtained, and carbon dioxide is expelled.

It is the exchange of gases – oxygen for carbon dioxide – vital for life, since the metabolism of existence depends on respiration.

Oxygen is utilized by the organs, and to that same extent, carbon dioxide is also discarded by all organs and tissues.

Cutaneous respiration is found in annelids, such as the earthworm; amphibians, such as frogs, toads, and certain types of salamanders; and some echinoderms, such as the sea urchin. There are also fish, lizards, turtles, and snakes that use the skin as a respiratory organ, to some extent.

Gaseous exchange occurs through the epidermis since the skin of these animals is thin, highly vascularized in its inner layers, and moist since they live in the aquatic environment or in places where there is a lot of moisture.

10 animals that breathe through their skin

Some of the animals that breathe through their skin, and their characteristics, are as follows: 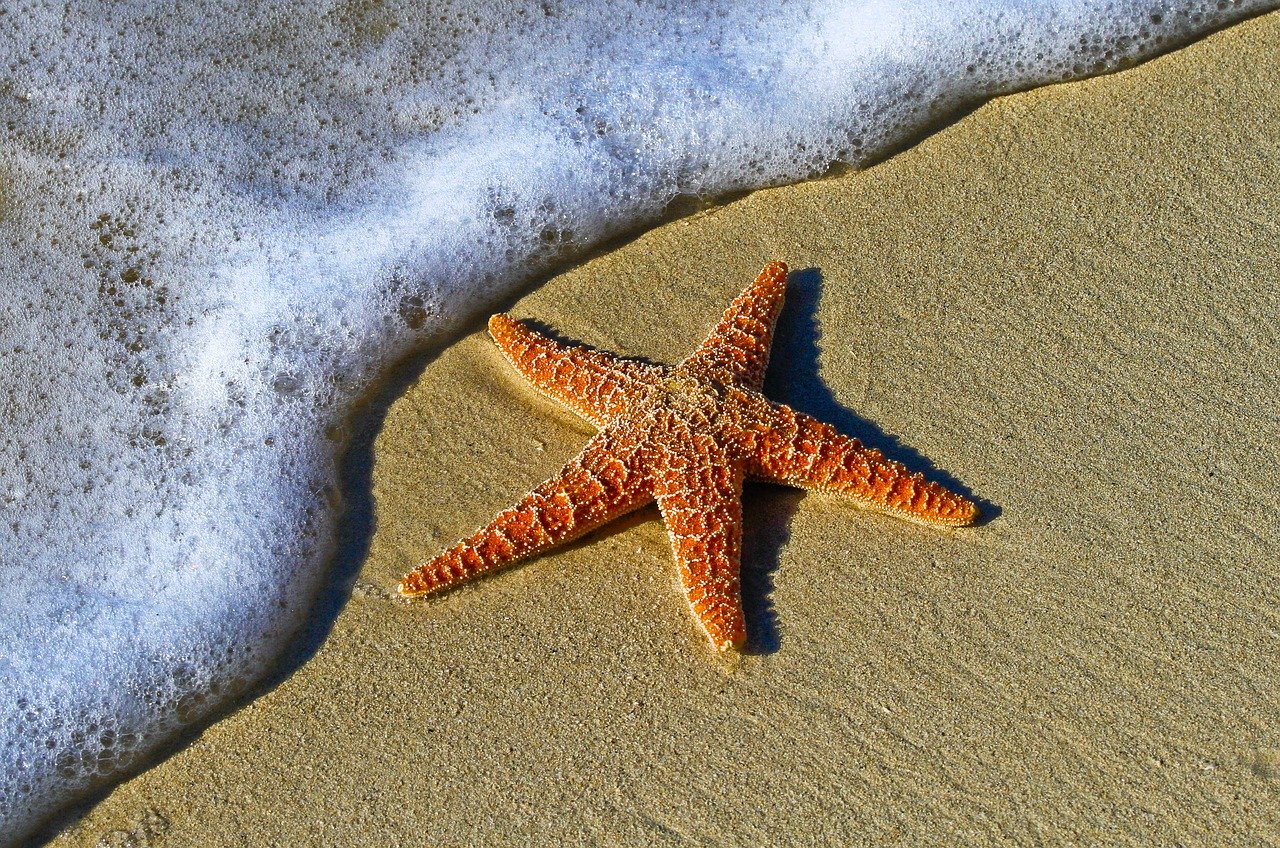 It is one of the marine animals best known for its beautiful features, but it is not a fish but an echinoderm, of which there are about 2000 species in the world.

They have 5, 10, or 15 arms that emerge from the center of the body in a radial shape, but there are some types, such as Labidiaster annulatus Antarctica, which have 50 arms.

The starfish exist in all oceans, in both cold and tropical environments, and they take up oxygen from the water by diffusion.

This animal has a positive impact on humans, as its healing properties serve to repel the bacteria and viruses that cause some diseases, which is why it is used, among other things, to treat arthritis and hay fever. 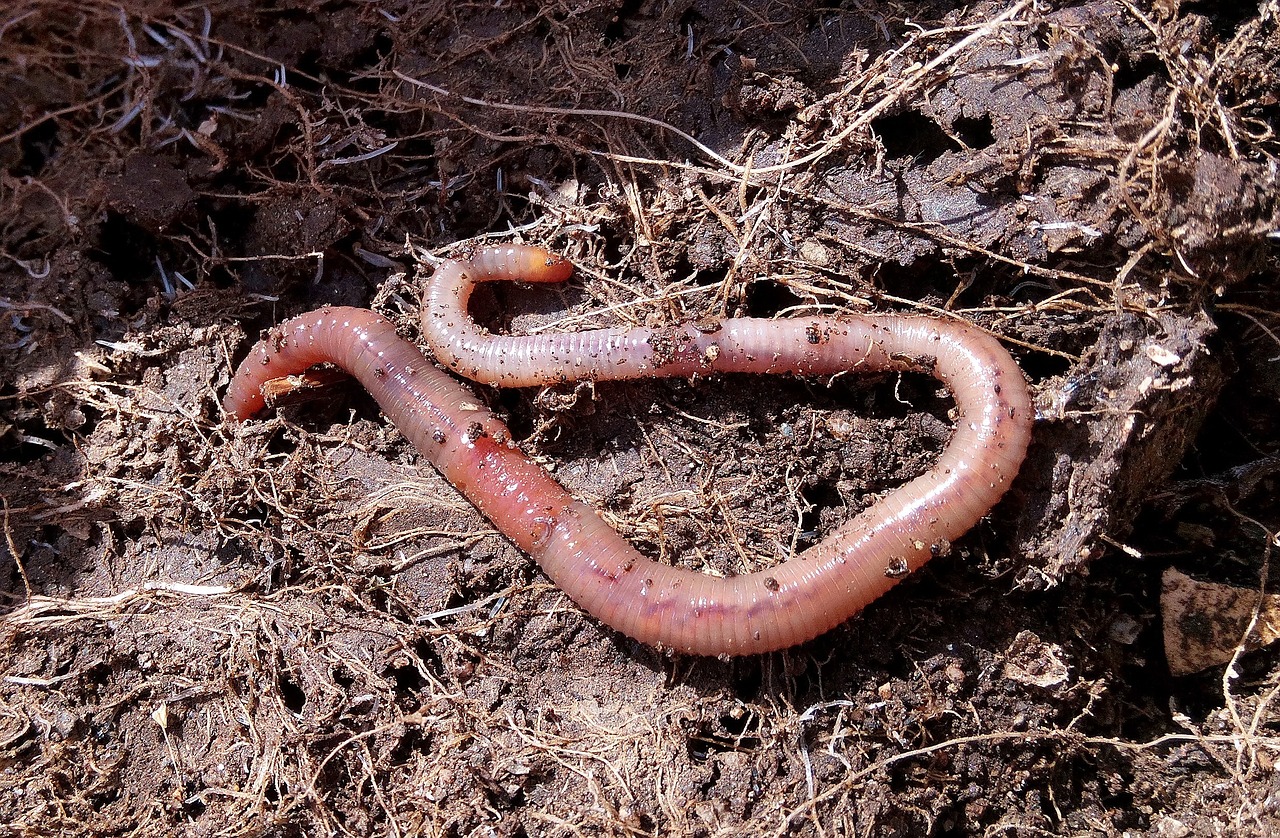 It is an animal of the annelid family, of which there are about 6000 species on the planet, with the body divided into ring-like segments, lacking respiratory organs.

The respiratory process occurs when oxygen is taken up by capillaries and carried to the cells.

In the opposite direction, from the cells, carbon dioxide leaves and is expelled through the capillaries. Its name comes from its main feature of tunneling into the soil, which is very beneficial to farmers.

While digging, earthworms ingest organic matter and then eliminate the waste in the form of excrement as compost, an activity which, because it is constant, softens, enriches, and aerates the soil.

They are very important animals, and it is said that agriculture would not exist without them. This is why they are known as “ecosystem engineers”, because they can modify the soil and create new habitats for other animals.

Meet An Amphibian!
Did you know salamanders like this Sacramento Mountain Salamander are known as the lungless salamanders? These animals breathe through their skin and mouths rather than lungs; spending most of their time under leaf litter, rotten logs, or underground. pic.twitter.com/2XcPl1MfBS

The leech is an annelid worm 45 cm in length, with 34 segments.

A flattened body with suckers on each end that allow it to attach to other bodies to suck blood – including human blood – on which it feeds.

There are terrestrial, marine, and arboreal, but most live in freshwater rivers. Over time, leeches have been used medicinally to remove swellings and correct dislocations, and treat stomach and cardiovascular problems and vascular hypertension.

As they have no respiratory apparatus, their respiration occurs through the thin cuticle that covers them. Some families of leeches have small gills.

Marine worm of the annelid family, with an elongated body, having ring-shaped segments; originates from Korea, but was introduced in Spain many years.

It is a favorite of fishermen who use it as bait, highly appreciated by the fish that do not waste time biting naively when they see their appetizing prey offering itself dangerously just a few centimeters away.

The Korean worm is a very resistant worm, with an elongated, ringed, semi-cylindrical body, which has four eyes and two pincer-like jaws, whose bite is not painful. It measures between 8 and 16 cm and has numerous legs to give it the luxury of moving in the muddy areas where it lives. 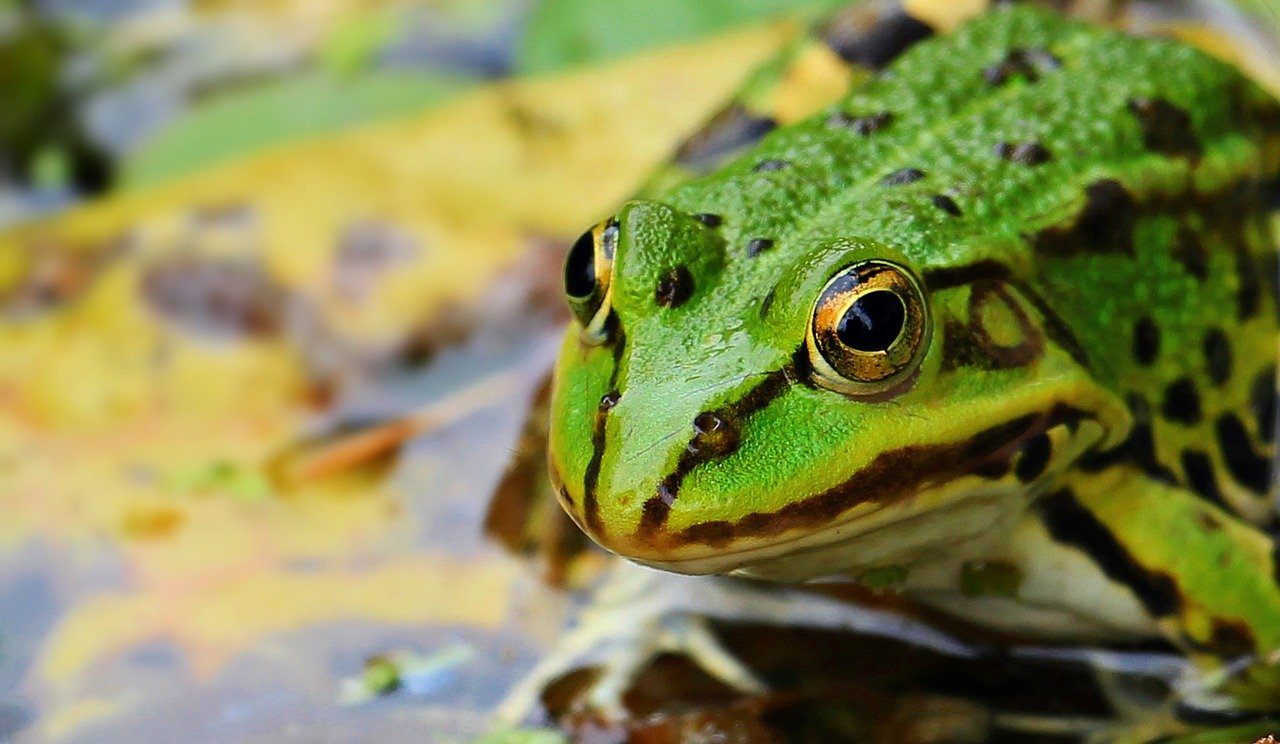 Frogs are a type of amphibians known as anurans, with powerful, long legs that allow them to make great leaps.

The frog measures between 8 and 30 cm, and lives in the humid areas of tropical forests, and it is estimated that there are more than 6000 species that share their life in the aquatic and terrestrial environment. Frogs. 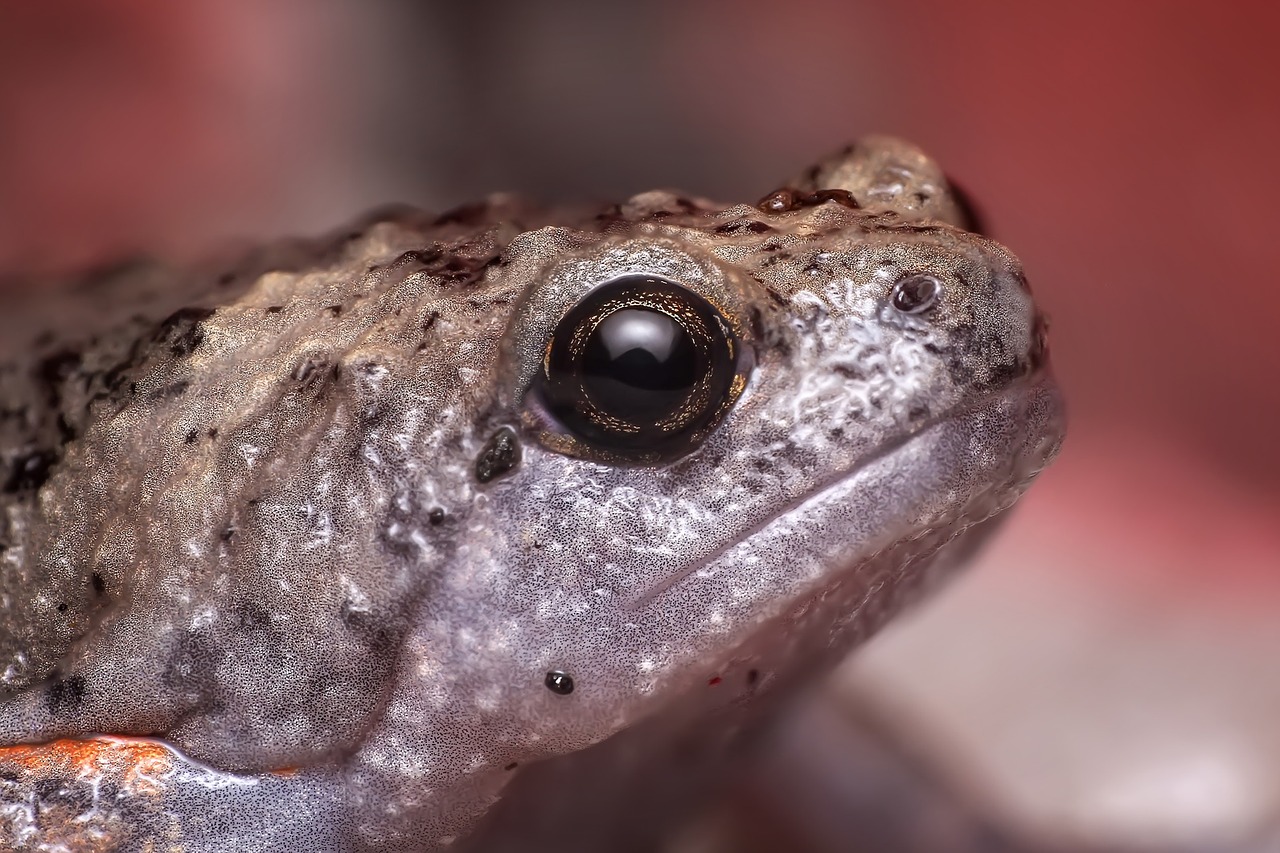 Toads are also from the anuran family, but heavier and more robust than frogs, and they do not make big leaps, but rather walk or hop around.

They also differ in size, the shape of the legs, which are shorter in toads, and the skin, which is rough and dry in toads, and smooth and moist in frogs.

Toads possess powerful weapons to defend themselves against predators: the poison glands in their skin. Where they are the same as frogs is in the alternation of the type of respiration, gill and cutaneous, and pulmonary and cutaneous, throughout their life development. 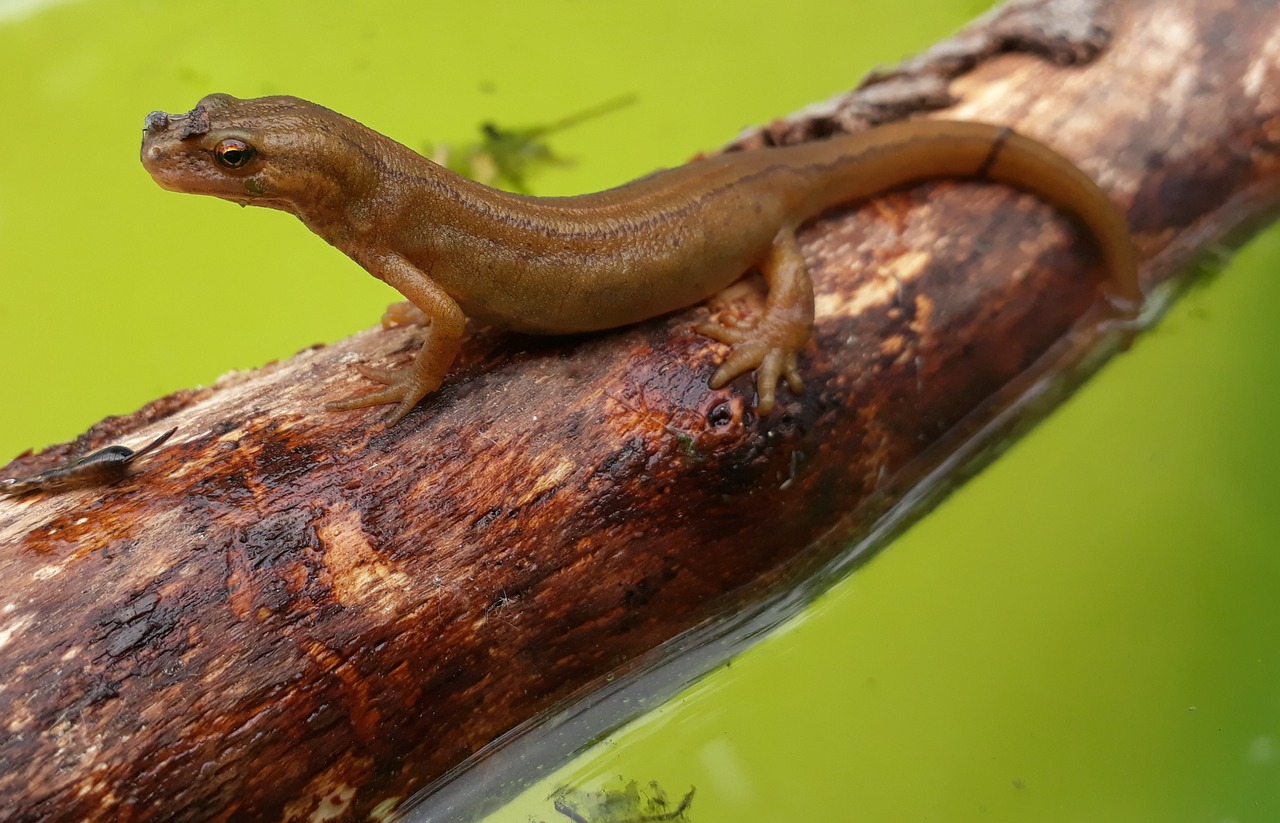 The newt is an amphibian of the salamander family that in winter shelters in dark places, from where it emerges in spring for its reproductive process.

Which occurs between April and June, when the cold months are over. It has an elongated body, bulging eyes, short legs, and a long, flattened tail.

It differs from the salamander, in addition to its smaller size, in that they live permanently inside the water, and as a good amphibian, it breathes through its skin, which molts twice a year. 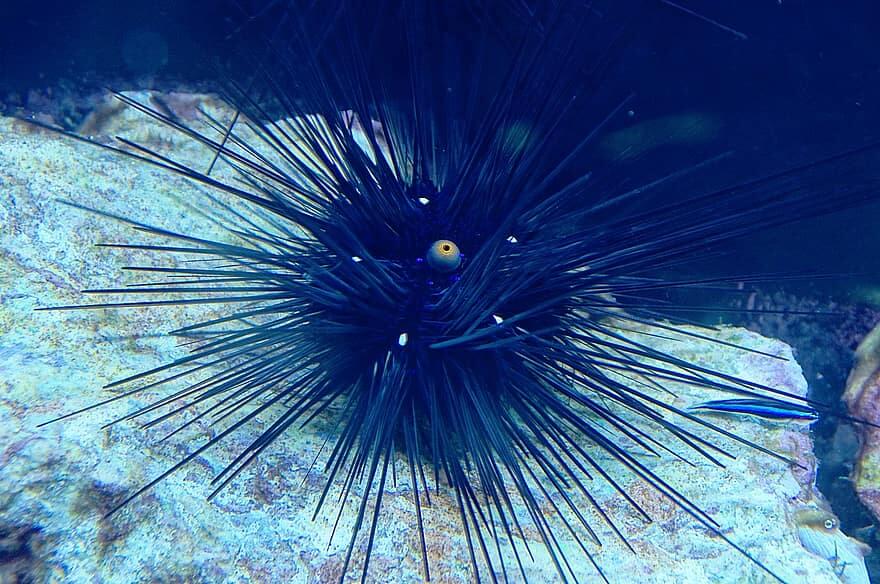 Their skin is spiny, spherical, and flattened; they have two forms of respiration: gill and cutaneous.

They have movable barbs that allow them to move and serve as a defense against marine predators. 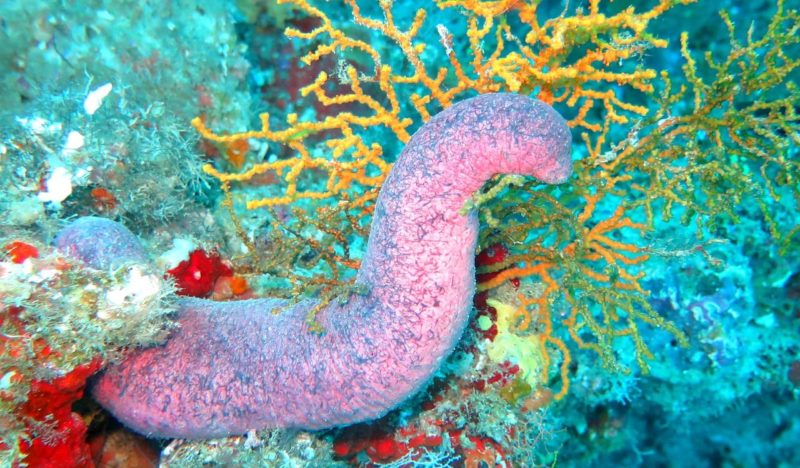 These are animals worm-like marine invertebrates, related to sea urchins and sea stars, found in all seas, in warm or cold waters, on the surface, or in deep areas.

They are used for human consumption in different recipes, due to their high protein content and their aphrodisiac fame.

Thus, it is considered a high-flying gastronomic delicacy, especially in American, European, and Asian cultures, which is why it is currently considered an over-exploited animal.

The sea cucumber belongs to the echinoderm family. It has its elongated, soft, worm-like body, without limbs; its mouth is on the anterior part.

It can measure centimeters to several meters, and its respiration occurs through branched tubes near the anus, or through the skin.

Instagram user [@]am_i_buggin_you spotted this special little salamander at Sharon Woods recently. This is a longtail salamander (Eurycea longicauda), a member of the lungless salamander family. That's not a figure of speech – these animals breathe through their skin! pic.twitter.com/lFLHCpxkzP 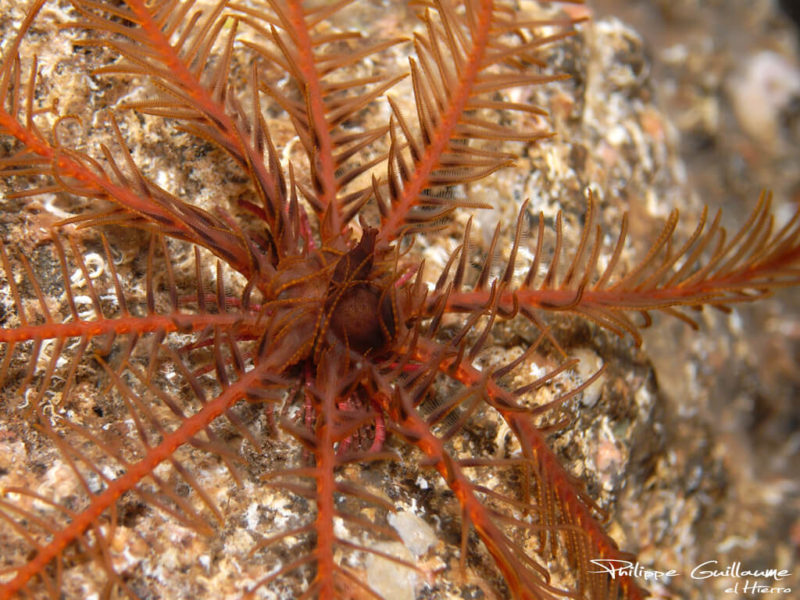 An animal belonging to the echinoderm family, species of sea lilies, with a calyx-shaped body, projecting five arms.

The comatula has a circle of small spines at the bottom, with which it clings to the seabed.

Its body is calyx-shaped, from which projects a splendid crown of five bifurcated arms that in turn present smaller bifurcations; the arms are thin and elongated, with filaments that give them a feathery appearance.

The breathing process is produced by the contact of the tegument with the water by the adulatory movement.